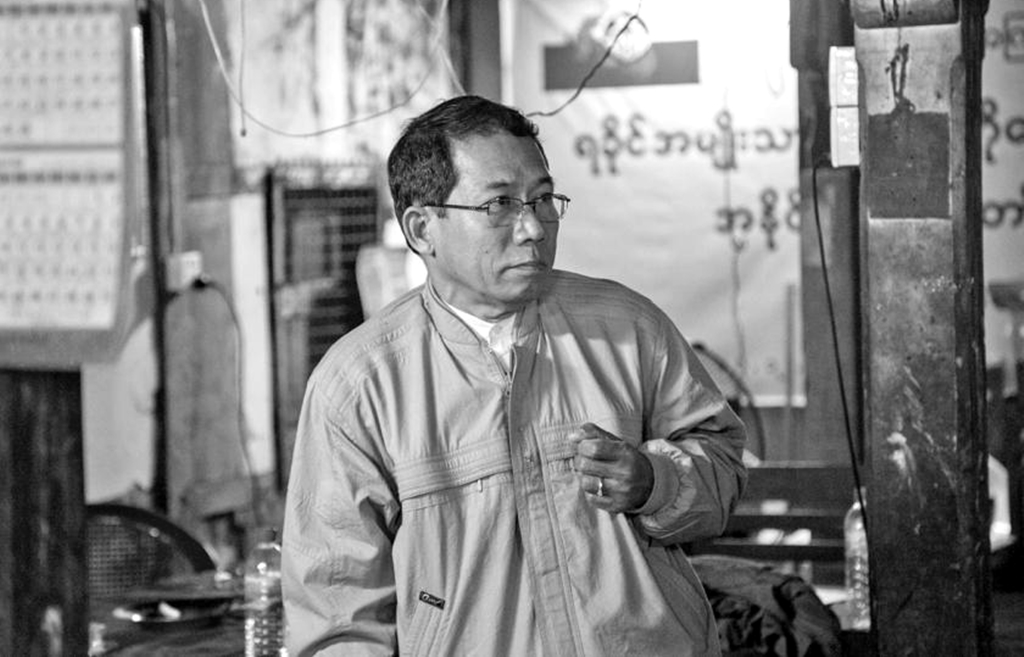 Arakan, which is long famous to Dutch, Portuguese and British traders as a land of economic opportunity, is now one of the poorest states in the country. UNDP figures showed that in 2010, 43.5% of Arakan State’s inhabitants lived below the poverty line. This was increase of more than 5% since 2005, and placed Arakan behind Chin State as the poorest state. Out the total of 14 Burmese states, Arakan is the “worst,” according to several developments.

Many multi-billion dollar “development” projects have inflicted unprecedented suffering on civilians in Arakan State in recent years. These projects include the Sittway-Rangoon Highway, the Sittway-Ann-Minbu Railway, the Kaladan Multi-Modal Transit Transport Facility, the Shwe Gas Project, and numerous hydropower dams.

These projects destroy both the natural environment and damage the integrity of archaeological and cultural sites. Even though there is gas, oil and hydropower in Arakan, residents only have four hours of electricity per day, and then only in the towns; this is Burma’s area with the least access to electricity.
Increasingly democratic politics have polarized ethnic relations in Rakhine State. The Rakhine National Development Party (RNDP) builds its core support from strong ethnic association with Rakhine Buddhists, confronting the military dominated central government. Ideologically, a strong assertion of ethnic identity demonstrates their status as the key body representing an exclusive Rakhine Buddhist territory. RNDP leaders position themselves to act as intermediaries between the state and citizens. Anti-Muslim sentiment and forced relocation of Muslim communities suit their political agenda.

Burma began its political transition from authoritarianism to democracy in 2011 and anti-Rohingya campaign began to intensify in November in the same year. Since then the nationalists have mobilized Buddhist Burmans for their campaign against the Rohingya by presenting Arakan state as the western gate of Buddhist Burma against ‘flooding’ Muslims from Bangladesh. A radical Buddhist groups have characterized the Muslims as “a most dangerous and fearful poison that is severe enough to eradicate all civilization.” Citing Adolf Hitler, a Rakhine political party has said that crimes against humanity, even the Holocaust, are justified “in defense of national sovereignty” and “survival of a race.”

Historically, Rakhine were antagonistic to Burmans for ‘destroying’ the Rakhine kingdom in the 18th century despite the fact that the majority of both groups were Theravada Buddhists. But now Buddhism became the common ground for fostering an alliance between the Rakhine and Burmans. Discourses of anti-Rohingyas came to be made in term of safe-guarding — amyo, barthar, thartana — race/nation and religion. Religion refers exclusively to Buddhism. Thus, differences and historical antagonism between Rakhines and Burmans have temporarily faded into a common “Buddhist Burmese” identity vis-à-vis the Rohingya. This merger is obvious as the Burmese government as well as senior opposition leaders from Aung San Suu Kyi’s party including Tin Oo, Nyan Win and Win Tin jumped on the bandwagon to speak out against the Rohingyas. Well-known celebrities, scholars and well-respected writers agreed.

The killing of 10 Muslims at Taoungop was not an isolated incident. It was well- planned and coordinated attack. The top leaders of particular Raknine political party visited before and after the incident. Several gatherings and meetings were held by them with local people. The case of rape and killing was widely discussed and pamphlets were circulated. It was direct results of these activities.

In a broad day light, a large group of Arakan villagers in Toungop town, in the presence of police and army personnel and a bus load of passengers, had beaten ten of the passengers to death. The authorities of that township neither tried to intervene nor to give protection, only the action they have done was collection of dead bodies.

At the time of the attack on the bus, three Muslim men suspected of involvement in the rape and killing were in the custody of authorities in Kyauk Pyu, near Yanbe. The three were found guilty of the offenses. One suspect reportedly committed suicide in prison, while the other two were sentenced to death on June 18. In contrast, there have been no convictions in connection with the killing of the 10 Muslims in Toungop, despite hundreds of witnesses to the attack.

The incident triggered an outbreak of violence, arson, clashes and vandalism spread throughout the state, including the capital Sittwe. Later it’s spread to other parts of Burma. Unspeakable crimes are being carried out against innocent humans: children, women and men by the country’s government and racist extremists.

According to a central leader of Arakan League for Democracy (ALD), a big deal of kick-back was done between the Chinese authority and Aye Maung, the chief of Rakhine Nationalities Development Party (RNDP), chiefly for the Kyauk Pyu Economical Zone. Kyaukpyu is crucial to China’s most strategic investment in Burma: twin pipelines that will carry oil and natural gas through the town on the Bay of Bengal to China’s energy-hungry western provinces.

Although Aye Maung and his party denied the kick-back but he did not deny their involvement in the Kyauk Pyu arson of October 2012 where more than 811 buildings and houseboats were razed, forcing many Rohingya to flee north by sea toward the state capital, Sittwe, and is a very suitable place for the said Economic Zone.

The Kyauk Phyu Economic Zone is a specially designated area in which foreign companies will construct and operate petrochemical plants and oversee the export of Chinese made products. This Economic Zone will serve as the endpoint for the Yunnan-Arakan railway, and will be the site of new naval facilities and a deep-sea port. It will occupy over 50% of the land in Kyauk Phyu Township.

Special Economic Zones in Burma are governed by the Special Economic Zone Law, which was decreed by the military junta in January 2011 and has been upheld by the current military-dominated government. This law regulates various aspects of the zone, including investor privileges, land use, insurance, bank and finance management, and labor matters.

Since Burma’s reforms have been skewed so that the central government and the USDP hold the upper hand, RNDP politicians feel that they need to fight hard to gain electoral dominance. For instance, the President has the right to select the Chief Minister for each state from members of the state Parliament, including a quota of military appointees as well as elected representatives. The Chief Minister of Rakhine State is a retired colonel who was the lead USDP candidate in the local elections of 2010.

Basic electoral arithmetic suggests that forced removal of Muslims would benefit the RNDP. Increased anti-Muslim sentiment among the wider population decreases the scope for the government to offer voting rights to a greater number of Muslims. Many repeatedly pointed to local RNDP activists as promoters of anti-Muslim violence.

The party has courted significant controversy over its role in fuelling hostility between Buddhists and Rohingya Muslims in Arakan state, since violence first erupted in June. Their leader Dr Aye Maung has repeatedly emphasized that Rohingyas are “illegal Bengali immigrants” and cannot be accepted in Burma.
The government has threatened legal action against the Rakhine Nationalities Development Party (RNDP) for publishing pictures of the woman whose rape and murder sparked sectarian violence in June, according to a report by the Narinjara news journal.

The Union Election Commission summoned RNDP leaders to Naypidaw on 23 December 2012 and demanded an explanation for the release of a calendar with pictures of Thida Htwe, who was allegedly killed by three Muslims on 28 May in Arakan state, and set off Burma’s worst communal violence in decades.

DVB has reported that, the RNDP, in their newsletter of November 2012 issue, described Muslims as “animals” who disturb the community by making “noises like cows” when they pray. The President’s Office and Ministry of Home Affairs have reportedly demanded formal explanations from the party.

After the second wave of clashes, state media warned of legal action against organizations and individuals responsible for “instigating” hostility behind the scenes.

Some analysts speculate that the RNDP is exploiting nationalistic fervor to secure broader political support in a region currently dominated by the majority Burma and military-backed Union Solidarity and Development Party (USDP).