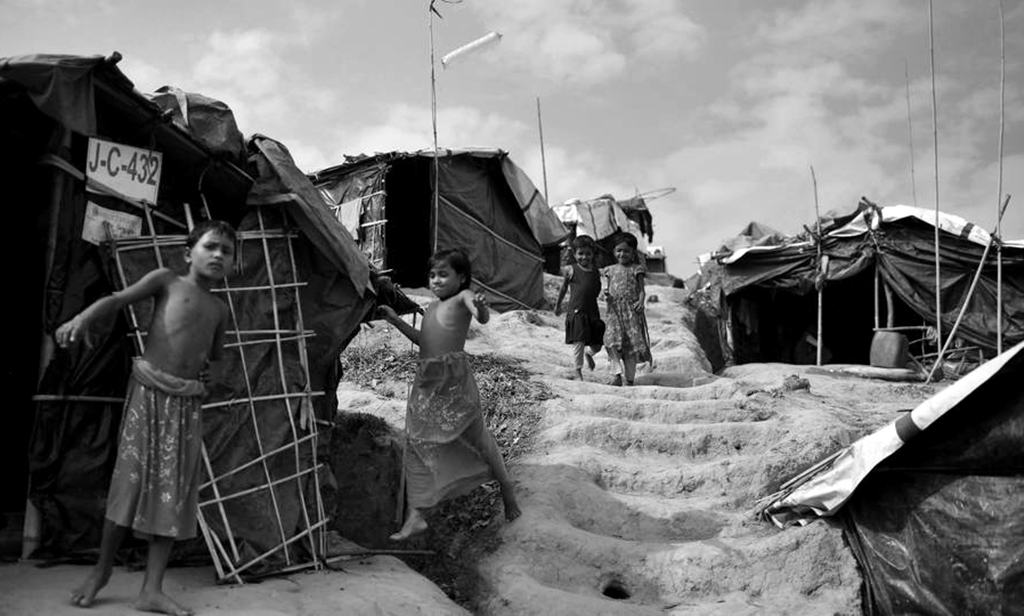 “Imagine you had no identity or a place to call home. Your rights to study, work, travel, marry and practice your religion didn’t exist – because you belong nowhere. …..You have no way to prove who you are or where you’re from, which restricts the ability to gain full citizenship status. Wherever you try to find refuge and you’re locked up in detention because of who you are…… This is the life of a Rohingya.” Amie Hamling

JUNE 20 marks World Refugee Day. World refugee day is a day celebrated to honor the courage of the refugees and also to spread public awareness about the plight of the refugees worldwide. With the Theme of: — Take a Step on World Refugee Day. With this theme peoples around the world, communities, schools, businesses, faith groups and people from all walks of life are taking big and small steps in solidarity with refugees.

World Refugee Day was declared an international event when the United Nations General Assembly passed a Resolution 55/76 on 4th December 2000. The resolution was passed to commemorate the 50th anniversary of the UN Refugee Convention, 1951 relating to the status of the refugees. The first World Refugee Day was observed on 20th June 2001 and since then it was celebrated as a global event with a particular theme each year.

Refugees are basically a result of horrifying violence, persecution, poverty, drought, war, conflicts and various other events that occur in various countries across the world. Refugees are the people who have a very tough life as they have been forced to run away from their land, homes, people under the threat of war, persecution, conflict etc. They are ordinary people, living through extraordinary times, trying to find safety for themselves and their families, and to rebuild their lives in dignity.

According to the United Nations 1951 Refugee Convention, “A refugee is someone who fled his or her home and country owing to “a well-founded fear of persecution because of his/her race, religion, nationality, membership in a particular group, or political opinion”.

According to United Nations, most of the world’s developing countries are bearing the brunt of the world’s refugee crisis and are hosting most of the record 70.8 million displaced people who have fled war and persecution. According to the U N refugee agency, half of the world’s forcibly displaced are children and the 2018 total is the highest in nearly 70 years. But the global figure, which comprises 25.9 million refugees, 41.3 million people uprooted within their homelands, and 3.5 million asylum-seekers, is “conservative”, it said. That is because it does not include most of the 4 million Venezuelans who have fled abroad since 2015 as they do not need visas or to lodge asylum claims to stay in most host countries. If the outflow continues, a total of 5 million Venezuelans could have left by year-end, it said.

The day is being observed today when some 1.1 million Rohingyas, including the 741,000 who fled military crackdowns in Myanmar’s Rakhine state since August 2017, live in squalid camps of Cox’s Bazar and their repatriation is still uncertain as Myanmar has yet not created conditions for their safe return. An independent UN fact-finding mission qualified as crimes against humanity. Even now, Rohingya refugees still cross into Bangladesh because their situation in Rakhine state continues to worsen.

This exodus has become one of the fastest growing refugee crises in the world. As of 7th January 2018, UNHCR’s Family Counting Exercise 720,000 in need of humanitarian assistance, more than 450,000 total Rohingya children aged 4-18 years old are in need of education services. To contribute in the humanitarian crisis management of Rohingya refugees’, government of Bangladesh has been taking many initiatives which are appreciated worldwide. UN organizations, national and international NGOs are providing different immediate supports for the Rohingya refugees.

Although Bangladesh played an exemplary role in hosting such a large displaced population, the latter’s protracted stay in the country and the looming uncertainty about their resettlement are adding further pressure on the country’s economy. According to an UNHCR official, as of March 2019, Bangladesh has received only 14 percent of the USD 920 million, appealed through the third Joint Response Plan (JRP), needed to address the Rohingya crisis.

In addition to economic, social and political challenges, Bangladesh is facing major environmental threats as a result of hosting Rohingya refugees. According to a UNDP report, almost 4,300 acres of hills and forests were levelled in Ukhia and Teknaf alone, to make room for temporary accommodation and for cooking fuel for the Rohingyas. Leaving aside the threat this poses to the area’s ecological balance, such indiscriminate deforestation and exfoliation also exponentially increase the risk of landslides, making the refugees more vulnerable to large-scale disasters.

The Bangladesh government has been globally lauded—and rightfully so—for welcoming with open arms, once again, the persecuted Rohingya people with whom the country has a checkered history. The Rohingyas came to Bangladesh in droves in 1978, 1992, and the 2010s. But at this juncture, many are wondering just how the latest influx of Rohingyas—the highest yet, numbering over 700,000—is going to pan out in the longer term.

Refugee crises are ridden with dilemmas. It is a dilemma for the oppressed to leave or stay; a dilemma for governments to condemn or remain silent; a dilemma for countries to refuse or let refugees in. And once they’ve done their part to take in a certain “quota”, there’s yet again a dilemma about doing “too much” for fear that this would act as a pull factor. This has been the case with the Rohingya refugees who have come to Bangladesh in previous exoduses and have had to face restrictions such as limited access to education and no permission to work despite being here for decades.

The dilemma the government of Bangladesh is facing perhaps is a result of any government having to tow the difficult line between humanitarianism and real politic. Taking ceaselessly on the burden of more and more refugees turn into an opportunistic tool for the sending country (in this case Myanmar) to achieve its internal objectives. The Myanmar Government is taking cent percent advantage of Bangladesh’s compassion to rid the entirely of the Rohingya people from the soil of Arakan.

Refugee management is not one-man show business and on the other hand Bangladesh—which is no stranger to hosting refugees—has not been able to do a better job of refugee management, particularly with regard to the Rohingya. A major reason behind Bangladesh’s inability to better manage the crisis is the utter failure of the international community to pressurize the Myanmar government into bringing an end to the repression of the minority in the first place, so that Rohingya refugees stranded in Bangladesh would feel confident enough to go back.
In a nation which is so deeply prejudiced to Muslims that even taxi drivers throw out passengers if they are thought to be from a Muslim country — as documented by an Australian journalist, how can a solution be found which ensures that Rohingyas are not treated badly?

Myanmar has committed genocide and expelled the Rohingyas most savagely for not taking them back through sweet discussions. In fact the terrible hatred against Rohingyas is state sponsored one. Moreover the government is trying to retain the Arakan under the military control by making all the Rohingyas stateless and all the Rakhines homeless, land less and effortless for total sold out of the whole Arakan to the Chinese for the money and security.

The simple demand to take back the Rohingyas is no solution without ensuring their safety. Myanmar may be found too eager to take them back to annihilate them.

Myanmar defied international law by making Rohingyas stateless and committing genocide against Rohingya Muslims. The problem has been complicated by Myanmar. No civilized country can commit the brutalities done against the Rohingyas in their own country. Rohingyas belonged to their own state, namely Rakhine State. The country was occupied by Burma previously.

Thus, the sustainable solution to Rohingya crisis can only be found easily and peacefully recognizing the Rakhine State as belonging to Rohingyas. The international community should help to the peoples of Arakan to make their country a decolonized and independent state where all the peoples of Arakan have the right to self-determination; by virtue of that right they freely determine their political status and freely pursue their economic, social and cultural development. Otherwise the Rohinya problem will remain unsolved and the influx of the Rohingya occurred again and again which will make burden on Bangladesh.

On this World Refugee Day, let us all take a step towards the Rohingya and urge the international community to pave the way for a peaceful solution which will allow the Rohingya to finally return to the society that they were once part of.