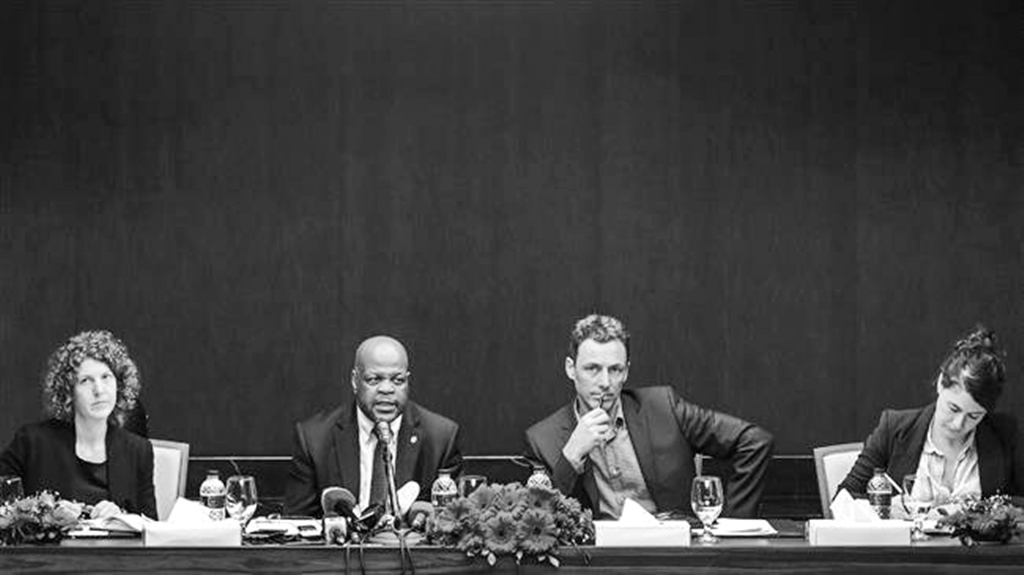 The plight of the Rohingya in Myanmar, hundreds of thousands of whom have fled to neighboring Bangladesh, has attracted widespread international attention. However, the United Nations Security Council (UNSC) has failed to take action, hindered by Russia’s and China’s use of their veto powers.

Given the UNSC’s failure to address the situation in Myanmar, many have looked to the ICC as a potential avenue to address the atrocities suffered by the Rohingya people. However, as Myanmar is a non-signatory to the Rome Statute, the exercise of jurisdiction at the ICC is limited. While the UNSC has authority to direct the opening of an investigation concerning non-state parties, that is unlikely as China and Russia have blocked even UNSC statements expressing concern.

On April 9, 2018, the Office of the Prosecutor requested that the Pre-Trial Chamber determine whether the ICC could exercise jurisdiction over the alleged deportation of the Rohingya people from Myanmar to Bangladesh on the basis that an element of the crime takes place on the territory of a signatory to the Rome Statute, Bangladesh. On September 6, 2018, the ICC’s Pre-Trial Chamber I issued a majority decision finding that the Court could exercise jurisdiction over the alleged deportation.

Following this decision, the prosecutor opened a preliminary examination regarding the deportation of the Rohingya into Bangladesh, in addition to other potential crimes under Article 7 of the Statute. Prosecutor Bensouda stated that she would examine “a number of alleged coercive acts” that led to the forced displacement of Rohingya, “including deprivation of fundamental rights, killing, sexual violence, enforced disappearance, destruction and looting.” Her statement indicates that the underlying acts that led to the Rohingya population fleeing Myanmar will also be considered as a basis for opening an investigation, flagging a potentially expansive investigation. However, no statement from the ICC to date reflects a willingness to investigate allegations of genocide, by far the most egregious claims leveled against Myanmar.

With the announcement of formally opening a preliminary examination, the ICC Prosecutor appears to be entering “Phase 2” of a four-phase process used to determine if an investigation is warranted, including “taking into account the gravity of the crime, as well as the interests of victims” to determine whether there are “substantial reasons” to believe that an investigation “would not serve the interests of justice.” Phase 2 will thus focus on developing the factual record with an eye toward ensuring that all concerned parties “have had the opportunity to provide the information they consider appropriate.” To do so, the prosecutor will engage directly with relevant stakeholders, such as states, including Bangladesh, organs of the UN, and intergovernmental and non-governmental organizations.

Bangladesh has already actively participated in the proceedings before the ICC, seemingly supporting the prosecutor’s actions despite not referring the situation to the Court itself. On May 7, 2018, the Pre-Trial Chamber requested Bangladesh to submit its written observations regarding the prosecutor’s request as amicus curiae pursuant to rule 103(1) of the Rules of Procedure and Evidence. Bangladesh submitted its views regarding the Rohingya crisis to the ICC confidentially, agreeing that the ICC had territorial jurisdiction for the crime of deportation. Myanmar was also requested to participate, but declined to do so, stating that it was “under no obligation to enter into litigation with the prosecutor,” arguing that the ruling “set[s] a dangerous precedent whereby future populistic causes and complaints against non-state parties may be litigated.”

In addition to Bangladesh’s participation, nonprofits and lawyers representing victims of the Rohingya crisis have also begun participating in proceedings. For example, Global Rights Compliance submitted written observations to the Pre-Trial Chamber in connection with their examination of the Prosecutor’s request, representing the interests of 400 women affected by the crisis. Furthermore, organizations such as Guernica 37 and a coalition of Bangladeshi nongovernmental representatives have also submitted an amicus curiae brief pursuant to Rule 103 of the Rules of Procedure and Evidence.
In the mean time, the United Kingdom has taken the lead in trying to document victims of sexual violence, and the evidence that has been gathered would in theory be crucial to any ICC investigation. More than 180 British parliamentarians led by the Labour MP Rushanara Ali have written to the foreign secretary urging the UK to support an ICC investigation.

One of the most noteworthy features of the ICC is the increased role victims are envisioned to play at all stages of proceedings — including during the preliminary examination stage — should a victim’s personal interests be affected. For example, under Article 15(3) and Rule 50(1), victims have the right to make representations before a Pre-Trial Chamber in connection with a prosecutor’s request for authorization to open an investigation propio motu. Additionally, given that the ICC has a Trust Fund specifically tasked with providing reparations to victims of atrocities related to court proceedings, the advancement of proceedings could lead to the forfeiture of property or money of convicted individuals in addition to independent contributions to provide future reparations to victims.

Despite the positive developments at the ICC, the question remains as to whether the prosecutor will investigate the crime of genocide. Nonetheless, a genocide case is still possible. Since Myanmar is a signatory to the Genocide Convention, any contracting party that has accepted the International Court of Justice’s (ICJ) jurisdiction under Article IX could bring a genocide claim against Myanmar before the ICJ.

A genocide case before the ICJ would be important for three reasons. First, the ICC will focus on individual criminal responsibility, while the ICJ could seek legal accountability at the state level. Doing so could force Myanmar to directly respond to the claims against it, which it has so far declined to do before the ICC. Second, the ICJ could issue provisional measures directing Bangladesh and Myanmar to postpone their agreement to repatriate the Rohingya. While Myanmar may not comply with those measures, Bangladesh, which has been cooperative with the ICC, may be more inclined to do so. Such relief would be vital for Rohingya refugees fearful of returning to Myanmar. Third, claims of genocide are by far the most serious allegations against Myanmar and simply cannot go unpunished, particularly in light of the inaction of the international community.