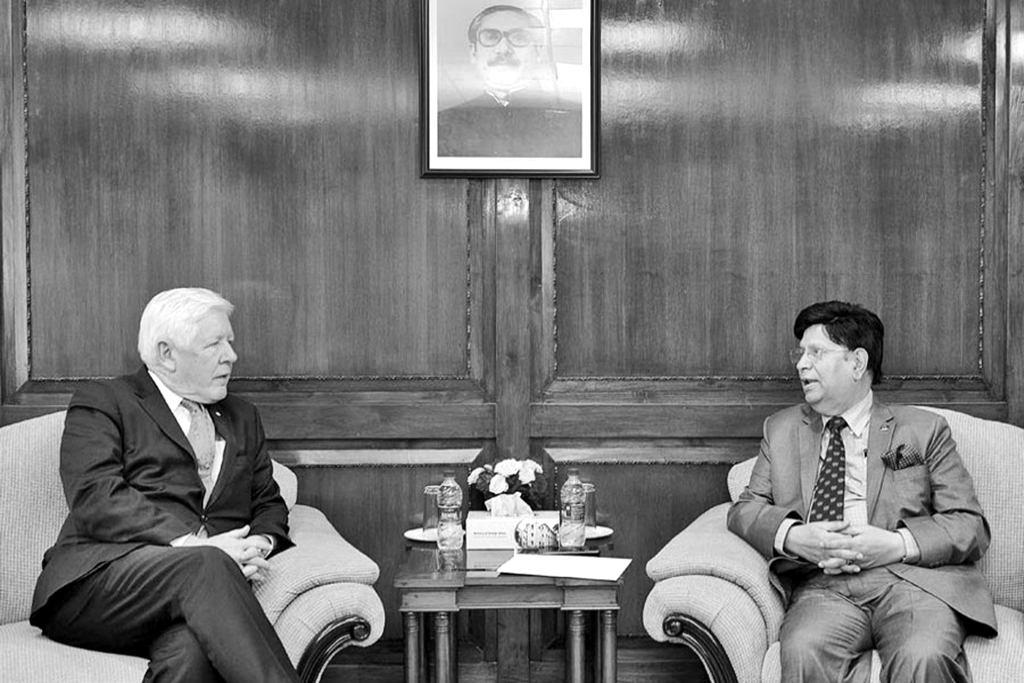 Against the backdrop of a second failure to begin the repatriation of Rohingyas, Bangladesh is contemplating to form an international commission that will be tasked with supervising the activities of the Myanmar government to make Rakhine state suitable for the return of the persecuted people, who took shelter in Cox’s Bazar to escape the atrocities of their security forces and neighbours.

On Aug 22, 2019, the Foreign Minister of Bangladesh, Mr. AK Momen told reporter at his office that, he want to form a commission comprising representatives from different countries who will supervise whether work is being done or not. If the Government of Myanmar is honest it should grant access to the members of the commission.

In the mean time, the parliamentary standing committee on the foreign ministry headed by Faruk Khan MP, asked the ministry yesterday to take a delegation of Rohingyas to Rakhine to give them a firsthand experience of the situation there in a bid to convince them to return.

Foreign Minister AK Abdul Momen himself also want to take a delegation of the Rohingya leaders to Rakhine to prove that the situation there has improved.

Referring to the fourth Bangladesh-Myanmar joint working group’s meeting of May 3, 2019 in Naypyitaw, Dr Momen said that since there is a trust deficit Dhaka made an offer to take 100 Rohingya community leaders, who are called Majhi, to see what arrangements had been taken by the government for the safe and secure return of the displaced people.

“There is a fear amongst them (Rohingyas) about adequate safety and security. Myanmar can take the Majhis for them to see if security and safety are in place,” he said.

“The offer has been made (to the Myanmar government long time back. Even the ASEAN knows that there is big trust deficit there,” he added.

Moreover, on Nov 11, 2018 on the repatriation of Rohingya refugees to Myanmar, the Un High Commissioner for Refugees stated that, the UNHCR supports the voluntary and sustainable repatriation of Rohingya refugees in safety and in dignity to their places of origin or choice, and will work with all parties towards this goal. The repatriation of refugees is premised upon the free and informed decision by refugees, on an individual basis, to return. Refugee returns should only take place at their freely expressed wish based on relevant and reliable knowledge of the conditions within the country of origin and the area of return.

The best way to provide that knowledge to Rohingya refugees in Bangladesh is to allow them to go and see the conditions in Myanmar for themselves. Before making a choice of whether to return or not, the refugees reportedly verified by Myanmar as having the right to return should be allowed to visit their places of origin in Rakhine State, or other places to which they might choose to return, so that they themselves can make an independent assessment of whether they feel they can return there in safety and dignity. Myanmar authorities should allow these refugees to undertake such go-and-see visits without prejudice to their right to return at a later date, if indeed the refugees decide after the visits that the current conditions in Rakhine State would not allow them to return in safety and dignity.

The responsibility to improve those conditions rests with Myanmar. Although UNHCR does not believe current conditions in Rakhine State are conducive to the voluntary, safe, dignified, and sustainable return of refugees from Bangladesh, we remain committed to supporting the Government of Myanmar’s efforts to create such conditions, under the terms of the tripartite Memorandum of Understandig (MoU) signed by UNHCR, UNDP and Myanmar authorities in June. And we remain deeply grateful to the Government of Bangladesh as it continues to generously host Rohingya refugees until they can voluntarily return to Myanmar in safety and dignity.