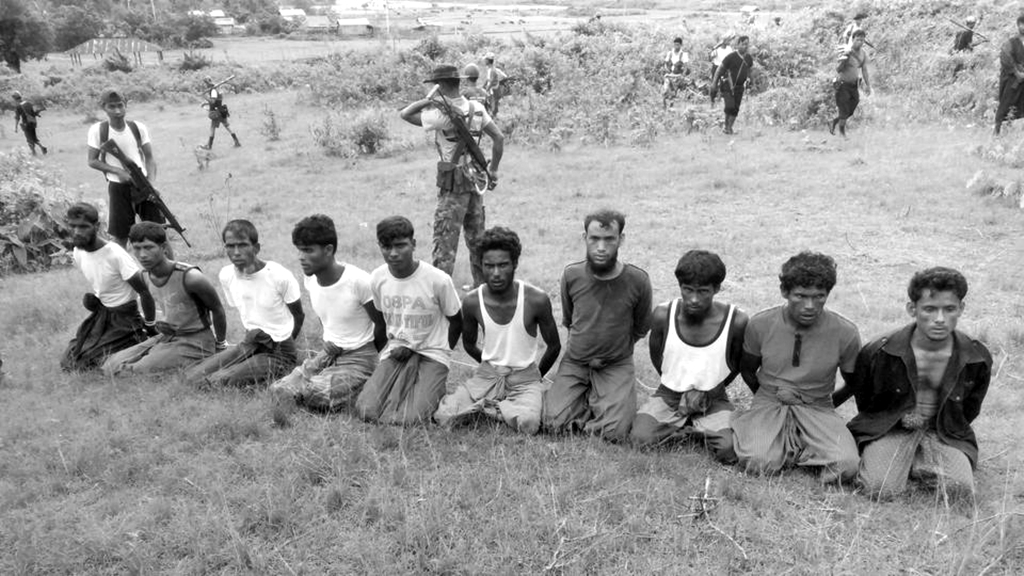 According to the news report of Daily Star Dhaka, dated: 2019-08-21, the UN Refugee Agency interviewed the 3,450 Rohingyas cleared for return by the Myanmar government. The engagement, officially called an intention survey, is a key part of the voluntary return of the refugees. The survey conducted in Shalban Refugee Camp, Teknaf from 9:00am in the presents of the Refugee Relief and Repatriation Commissioner (RRRC) officials.

Bangladesh authorities have set up two transit camps — one on the banks of the Naf river near Keruntali of Nayapara in Teknaf and the other near Ghumdhum border area of Naikkhangchhari in Bandarban.

The Rohingyas who agree to return will be first taken to the transit camp and then to Myanmar border, where the Myanmar authorities will receive them at their first transit centre.

Foreign Minister AK Abdul Momen yesterday said both Bangladesh and Myanmar were ready to resume the repatriation of Rohingyas to their homeland and the two countries would try to resume the repatriation in a small scale from tomorrow.  Only a few days ago, at Harvard University the FM emphasized that the Rohingyas will return voluntarily only when they feel that the conditions on the ground in Myanmar’s Rakhine State are appropriate and favorable.

Moreover, the Bangladeshi foreign secretary also recently told that, “Repatriation [of Rohingyas] is always on the table. It can start anytime”.

However, the core questions remain still are that; Is Myanmar really prepared for the repatriation of these refugees who will go back from tomorrow? Are the conditions on the ground in Myanmar’s Rakhine appropriate and favorable for their return?

It is clear from all independent accounts that the ground conditions are not yet ripe for repatriation. There still no environment of conducive that pave the way for the voluntary, safe and dignified return of these refugees.

According to Dr Abdullah Shibli, a think-tank in Boston, USA, there is three elements essential for what the Vatican News termed as “Conducive environment and conditions for repatriation”. First, the Rohingyas must be given some form of reassurance regarding their most fundamental demand, i.e. recognition and citizenship. Secondly, the Rohingya refugees now living in Bangladesh need to feel a sense of security about the camps set up by the Myanmar authorities. Finally, the Rohingyas require assurance and guarantees that they will be received well by the local communities and provided all the support and material assistance they need to get back to where they had left off two years ago, before being driven out by the marauding armed forces and their henchmen in Myanmar.

Moreover, Médecins Sans Frontières (MSF) yesterday said it sees no solution in sight for Rohingyas, very little progress has been made to address the lack of legal status for the Rohingya in  the region, or to address the underlying causes of Rohingyas’  exclusion in Myanmar.

The Rohingya were excluded from a 1982 citizenship law that bases full legal status through membership in a government-recognized indigenous group. The Myanmar government considers the Rohingya illegal immigrants from Bangladesh, effectively rendering the ethnic group stateless. They have in recent decades been subject to mounting targeted state exclusion and persecution, it said, adding that, two years ago, news of Myanmar’s campaign of violence against Rohingyas dominated the headlines.

A recently published analysis by an Australian Strategic Policy Institute (ASPI) shows that Myanmar has so far initiated minimal preparation for a return of more than half a million refugees. The ASPI report backed up by new satellite imagery conclusively shows that the Rohingya settlements in Rakhine, which were burned, damaged or destroyed in 2017, are still uninhabitable and inhospitable. Some of the settlements have been taken over by the armed forces and converted into administrative and military facilities. The report also critically assessed the readiness of several “repatriation sites” or “relocation sites” proposed by Myanmar to house the returning Rohingyas.

The research team collaborated with UNOSAT, a technology-intensive programme delivering imagery analysis and satellite solutions to relief and development organizations.

UNOSAT data identified 392 Rohingya settlements that were burned, damaged, or destroyed during the 2017 crisis. Of these, more than 320 show no signs of reconstruction, and least of all, residential construction needed for the returnees to feel “at home” once they go back. At least 40 percent of the affected settlements have been razed. In addition to the UNOSAT data, the study identified at least 58 settlements which have been subject to new demolition in 2018. Separate to these 58 settlements, satellite imagery shows demolition has occurred in other settlements in 2019.

Moreover, the process of repatriation planned by Myanmar, and revealed in an Asean mission report, has raised grave concerns. The returning refugees are expected to stay at Hla Pho Kaung Transit Centre for a maximum of 30 days under draconic conditions. Refugees will have to sign in and out to leave the centre and adhere to a curfew. Camp security will be maintained by the Border Guard Police (BGP), an agency which had previously been

They may then be sent to Taung Pyo Letwe Repatriation Centre, one of the two identified in the Asean Emergency Response and Action Team (ERAT) report. Satellite imagery of this and other repatriation sites contradicts claims by Myanmar that preparations are being made for a “dignified and safe return” of the refugees. Many of these designated repatriation areas appear to be highly securitized camps more akin to detention facilities.

If they cannot return to their original home, which is highly unlikely given the current condition of their homestead, they may be sent to “relocation sites” such as Kyein Chaung. This site is built on the site of a burned Rohingya village, and is a military camp for practical purposes.

While UNHCR will survey the intention of refugees, it will not be involved in the physical repatriation of any who decide to return on August 22.

The refugee agency to have a role in facilitating returns, conditions must first be in place for voluntary, safe and dignified return and the physical, legal, and material safety of returnees. However the agency is not a party to the repatriation memorandum of understanding between Bangladesh in Myanmar, but also does not deem conditions in Myanmar to be conducive to repatriation taking place.  As per the High Official of the UNHCR, in Cox’s Bazar, that the bottom line is, clearly, as this moment we don’t see the conditions for return”.

More than 128,000 Muslims – mostly Rohingya, but some of Kaman ethnicity – remain confined to camps in central Rakhine, unable to make trips outside without government permission, cut off from most livelihood and educational opportunities, and dependent on aid from international agencies for their survival.

The situation in Rakhine State is not safe and conducive for returns. There is still chronic persecution and Rohingya lack access to education, livelihoods, freedom of movement and basic security and the same military that led a genocidal campaign against the Rohingya is supposed to now be the ones protecting them upon return.

The Tatmadaw has been fighting the Arakan Army in central and northern Rakhine State since January 4, in a conflict that has displaced an estimated 60,000 people. The number of civilian casualties from this conflict is difficult to independently verify due to restrictions on access to the area and an internet blackout imposed in nine townships since June 21.

Until and unless if there is no an environment conducive, the voluntary, safe, dignified, and sustainable repatriation of Rohingya people from Bangladesh never be happened. The ongoing instability, violence, interruptions to communications technologies, and lack of information about the security situation in Rakhine further complicate conditions on the ground for a safe return of the Rohingya refugees.