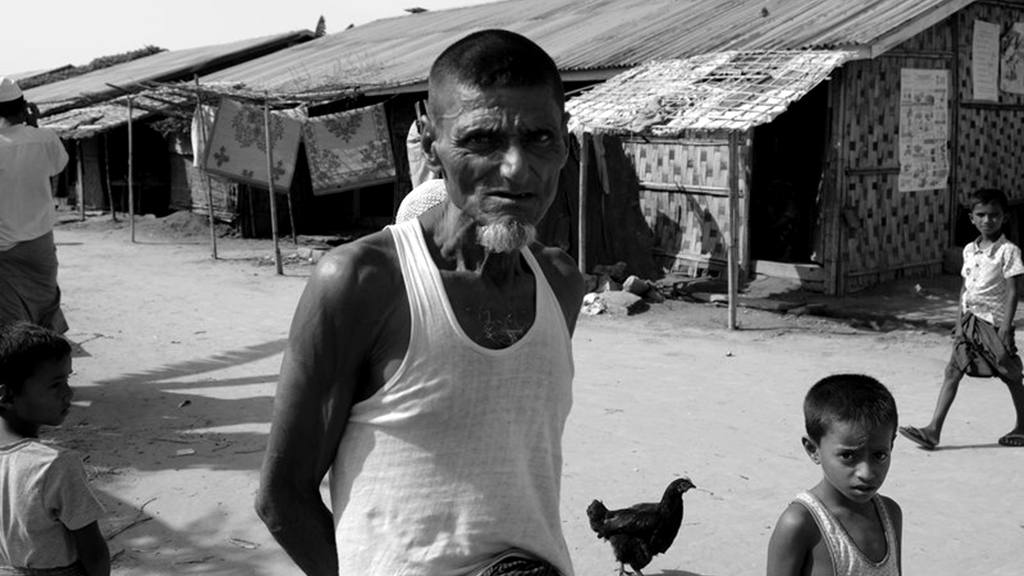 ” Reconciliation should not be about forgiving and forgetting, but learning how to remember and change”. Alpaslan Özerdem

Bangladesh believes that reconciliation can be a critical enabler for resolving the Rohingya humanitarian crisis. Masud Bin Momen, Ambassador and Permanent Representative of Bangladesh to the United Nations made the comments at the Security Council day-long Open Debate on “The Role of Reconciliation in Maintaining International Peace and Security” held on 19 November 2019 at the UN headquarters in New York.

On this open debate Ambassador Massud Bin Momen said reconciliation could be a critical enabler in resolving the Rohingya humanitarian crisis. The Security Council could play an important role in promoting sustainable peace in Myanmar’s Rakhine State by ensuring reconciliation and reintegration of the Rohingya community with Myanmar society. The process would require a robust enabling environment underpinned by dialogue between the Rohingyas, other ethnic minorities, Myanmar society and authorities as well as a sustainable political process. Myanmar must adopt clearly defined strategies for reconciliation so that returning Rohingyas can have a harmonious co‑existence in Rakhine state, he added, emphasizing the importance of appropriate confidence‑building measures among concerned parties. Also noting that any reconciliation process in Rakhine state must pass the rigors of transparency, objectivity trust and confidence, he said it is important that regional or international actors be involved in the process.

Delivering opening remarks, Secretary‑General António Guterres stressed: “Reconciliation helps to repair fractures caused by an absence of trust between State and people.” Noting that successful reconciliation requires both institutions and individuals to acknowledge their role in past crimes — and perpetrators to muster the courage to face the truth — he joined others in underscoring that the international community’s idea of reconciliation must keep pace with the changing nature of the conflict. Indeed, today’s wars draw in a range of actors and are often linked to inequality or amplified by the climate crisis. Meanwhile, democratic space is shrinking, with identity‑based politics, discrimination, intolerance and hate speech on the rise.

Alpaslan Özerdem, Dean of George Mason University’s School for Conflict Analysis and Resolution in the United States, said reconciliation should not be about forgiving and forgetting, but instead “learning how to remember and change”. However, while truth and reconciliation commissions are necessary, they are often insufficient, he added, noting that other elements may include fact‑finding missions, reparations, peace journalism projects and socioeconomic reforms.

The dictionary means of reconciliation is the process of making two opposite beliefs, ideas, or situations agree. In plain words, reconciliation means understanding and respecting each other. It’s a good thing to look to in the future. In its broadest sense, ‘reconciliation’ means ‘coming together’. Reconciliation has elements of truth, justice, forgiveness, healing, reparation, and love.

In the perspective or Rohingya crisis, a reconciliation process is imperative to ensure that the society in Rakhine State will function in the future. It is also imperative that the perpetrators are brought to justice. The reconciliation process should be implemented according to the concept of transitional justice and should aim to ensure accountability, serve justice and achieve reconciliation. In the resolution, the Security Council should address which reconciliation mechanisms that can be used in this conflict and how the perpetrators should be brought to justice. One possible justice mechanism is the International Criminal Court (ICC) that can prosecute individuals for genocide, crimes against humanity and war crimes. ICC has its own Statute and is independent of the UN. ICC has jurisdiction over crimes committed in the territory of a state that is a party to the Statue or by a national of such a state. However, if the Security Council refers a situation to the ICC, the court enjoys jurisdiction and can investigate the suspected crime even if the concerned state is not a member of the ICC. As an alternative to ICC as a mechanism for justice, reconciliation mechanisms such as a truth commission or tribunal can be used. The government of Myanmar could be urged to establish national courts specifically tasked with handling cases related to human rights violations perpetrated in this conflict.

The main the task of the United Nations is to integrate reconciliation frameworks into peacemaking and peacebuilding provisions around the world, with its mediators and envoys promoting practical provisions needed for dialogue, trust‑building and reconciliation in peace agreements.

In Myanmar, the government-backed military torched villages inhabited by the Rohingya, killed, raped, blocked humanitarian aid, and committed many other atrocities. In less than four months, more than 800,000 Rohingya had fled to Bangladesh. The Myanmar military has since planted the Rakhine-Bangladesh border with landmines to prevent the Rohingya from returning. The UN declaration, echoed by many world leaders and NGOs, is that the suffering sustained by the Muslim Rohingyas is a “textbook example of ethnic cleansing” and it is a “human rights nightmare”. UNHCR declared the crisis as a “Level-3 Emergency” that warranted the “activation of a UN system-wide response”. The SC did not initiate any actual act of prohibition, e.g. arms embargo or sanctions against the China-favoured Myanmar government. Instead, officials have simply uttered remarks and condemnation that did not lead to any constructive resolution.

Despite reports of the increasing violence and repression against Rohingyas in Rakhine State, the Security Council remained largely inactive on the issue during 2016 and the first half of 2017. A few meetings were held on the situation under the agenda point “any other business”, and no action was taken. In the second half of 2017 and the beginning of 2018, the attention devoted to Myanmar and Rakhine State increased. Meetings were held much more frequently and regularly, and a range of briefers, including Secretary-General António Guterres, updated the Security Council on the situation. On 6 November 2017 the Security Council issued a unanimous statement inter alia condemning the “widespread violence that has taken place in Rakhine State” and calling on the government of Myanmar to “ensure no further excessive use of military force in Rakhine State”. Simultaneously, the Security Council reaffirmed its “strong commitment to the sovereignty, political independence, territorial integrity and unity of Myanmar” and condemned the attacks carried out by ARSA. The Security Council has, however, not adopted any legally binding resolution regarding the conflict.

The international community must also be prepared to take collective action, in a timely and decisive manner, in accordance with the UN Charter, on a case-by-case basis and in cooperation with relevant regional organizations, if a state manifestly fails to protect its populations or is in fact the perpetrator of crimes. Such action may entail coercive measures, including the use of force, where appropriate, and through the Security Council.
Alternatives to the use of military force remains a measure of last resort. Other measures that the Security Council could impose through a resolution include arms embargos and economic sanctions against Myanmar and against key figures. Human rights monitoring and humanitarian assistance are other tools. Further, the Security Council has the authority to refer a criminal investigation to the International Criminal Court (ICC). If the Security Council uses this authority, the ICC has jurisdiction regardless of whether the concerned state is a party to the court’s Statue.

The United Nations has long been criticized for its ignorance towards blatant violation of international law and atrocities committed by its member states. The Security Council especially is condemned for its abusive use of veto power to cripple peacekeeping effort. Various reform proposals have been considered. Mostly concentrated on concern over membership structure in the Council. None has been able to please the egoist interest of powerful member states. To date, abuse of power and inequity persevere, while humanitarian suffering elsewhere perpetuates.

The preamble of the Charter, “WE THE PEOPLES OF THE UNITED NATIONS….” proudly declares that its primary objective is to work in the interests of the people of the world. Yet, in reality, policies made in the UNSC are not always with the interests of the people in mind. Art.27 effectively grants the P5 the absolute power to override any non-procedural proposal with simply a negative vote. “The UN was explicitly designed so that it would be unable to act against any of the permanent members or even against their pleasure”. In fact, decisions are made behind closed doors. The P5 will vote in accordance with their political interests with the least consideration for any spill-over effect that may adversely affect other innocent Member States.

Hence, debates remained as debates, briefings remained as briefings and discussions remained as discussions until and unless the UN Security Council could not play an important role in promoting sustainable peace in Myanmar’s Rakhine State by ensuring reconciliation and reintegration of the Rohingya community with Myanmar society. In the resolution, the Security Council should address which reconciliation mechanisms that can be used in this conflict and how the perpetrators should be brought to justice.