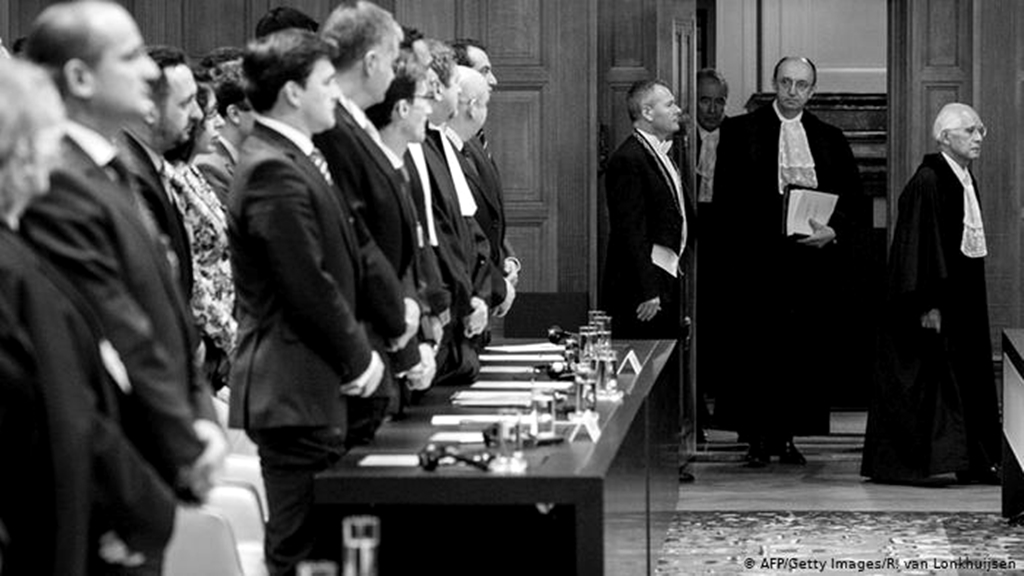 On 20 March 1993, the Republic of Bosnia and Herzegovina instituted proceedings against the Federal Republic of Yugoslavia in respect of a dispute concerning alleged violations of the Convention on the Prevention and Punishment of the Crime of Genocide, adopted by the General Assembly of the United Nations on 9 December 1948, as well as various matters which Bosnia and Herzegovina claimed were connected therewith. The Application invoked Article IX of the Genocide Convention as the basis for the jurisdiction of the Court. Subsequently, Bosnia and Herzegovina also invoked certain additional bases of jurisdiction.

In its Judgment of 11 July 1996, the Court rejected the preliminary objections raised by Yugoslavia and found that it had jurisdiction to deal with the dispute on the basis of Article IX of the Genocide Convention, dismissing the additional bases of jurisdiction invoked by Bosnia and Herzegovina. Among other things, it found that the Convention bound the two Parties and that there was a legal dispute between them falling within the provisions of Article IX.

By an Order dated 23 July 1996, the President of the Court fixed 23 July 1997 as the time-limit for the filing by Yugoslavia of its Counter-Memorial on the merits. The Counter-Memorial was filed within the prescribed time-limit and contained counter-claims, by which Yugoslavia requested the Court, among other things, to adjudge and declare that Bosnia and Herzegovina was responsible for acts of genocide committed against the Serbs in Bosnia and Herzegovina and for other violations of the Genocide Convention. The admissibility of the counter-claims under Article 80, paragraph 1, of the Rules of Court having been called into question by Bosnia and Herzegovina, the Court ruled on the matter, declaring, in its Order of 17 December 1997, that the counter-claims were admissible as such and formed part of the proceedings in the case. The Reply of Bosnia and Herzegovina and the Rejoinder of Yugoslavia were subsequently filed within the time-limits laid down by the Court and its President. During 1999 and 2000, various exchanges of letters took place concerning new procedural difficulties which had emerged in the case. In April 2001, Yugoslavia informed the Court that it wished to withdraw its counter-claims. As Bosnia and Herzegovina had raised no objection, the President of the Court, by an Order of 10 September 2001, placed on record the withdrawal by Yugoslavia of the counter-claims it had submitted in its Counter-Memorial. On 4 May 2001, Yugoslavia submitted to the Court a document entitled “Initiative to the Court to reconsider ex officio jurisdiction over Yugoslavia”, in which it first asserted that the Court had no jurisdiction ratione personae over Serbia and Montenegro and secondly requested the Court to “suspend proceedings regarding the merits of the case until a decision on this Initiative”, i.e., on the jurisdictional issue, had been rendered. On 1 July 2001, it also filed an Application for revision of the Judgment of 11 July 1996; this was found to be inadmissible by the Court in its Judgment of 3 February 2003 (see No. 1.98 below). In a letter dated 12 June 2003, the Registrar informed the Parties to the case that the Court had decided that it could not accede to the Applicant’s request to suspend the proceedings on the merits.

Following public hearings held between 27 February 2006 and 9 May 2006, the Court rendered its Judgment on the merits on 26 February 2007. It began by examining the new jurisdictional issues raised by the Respondent arising out of its admission as a new Member of the United Nations in 2001. The Court affirmed that it had jurisdiction on the basis of Article IX of the Genocide Convention, stating in particular that its 1996 Judgment, whereby it found it had jurisdiction under the Genocide Convention, benefited from the “fundamental” principle of res judicata, which guaranteed “the stability of legal relations”, and that it was in the interest of each Party “that an issue which has already been adjudicated in favour of that party be not argued again”. The Court then made extensive findings of fact as to whether alleged atrocities had occurred and, if so, whether they could be characterized as genocide. After determining that massive killings and other atrocities were perpetrated during the conflict throughout the territory of Bosnia and Herzegovina, the Court found that these acts were not accompanied by the specific intent that defines the crime of genocide, namely the intent to destroy, in whole or in part, the protected group. The Court did, however, find that the killings in Srebrenica in July 1995 were committed with the specific intent to destroy in part the group of Bosnian Muslims in that area and that what happened there was indeed genocide. The Court found that there was corroborating evidence which indicated that the decision to kill the adult male population of the Muslim community in Srebrenica had been taken by some members of the VRS (Army of the Republika Srpska) Main Staff. The evidence before the Court, however, did not prove that the acts of the VRS could be attributed to the Respondent under the rules of international law of State responsibility. Nonetheless, the Court found that the Republic of Serbia had violated its obligation contained in Article 1 of the Genocide Convention to prevent the Srebrenica genocide. The Court observed that this obligation required States that are aware, or should normally have been aware, of the serious danger that acts of genocide would be committed, to employ all means reasonably available to them to prevent genocide, within the limits permitted by international law

The Court further held that the Respondent had violated its obligation to punish the perpetrators of genocide, including by failing to co-operate fully with the International Criminal Tribunal for the former Yugoslavia (ICTY) with respect to the handing over for trial of General Ratko Mladic. This failure constituted a violation of the Respondent’s duties under Article VI of the Genocide Convention.

In respect of Bosnia and Herzegovina’s request for reparation, the Court found that, since it had not been shown that the genocide at Srebrenica would, in fact, have been averted if Serbia had attempted to prevent it, financial compensation for the failure to prevent the genocide at Srebrenica was not the appropriate form of reparation. The Court considered that the most appropriate form of satisfaction would be a declaration in the operative clause of the Judgment that Serbia had failed to comply with the obligation to prevent the crime of genocide. As for the obligation to punish acts of genocide, the Court found that a declaration in the operative clause that Serbia had violated its obligations under the Convention and that it must transfer individuals accused of genocide to the ICTY and must co-operate fully with the Tribunal would constitute appropriate satisfaction.