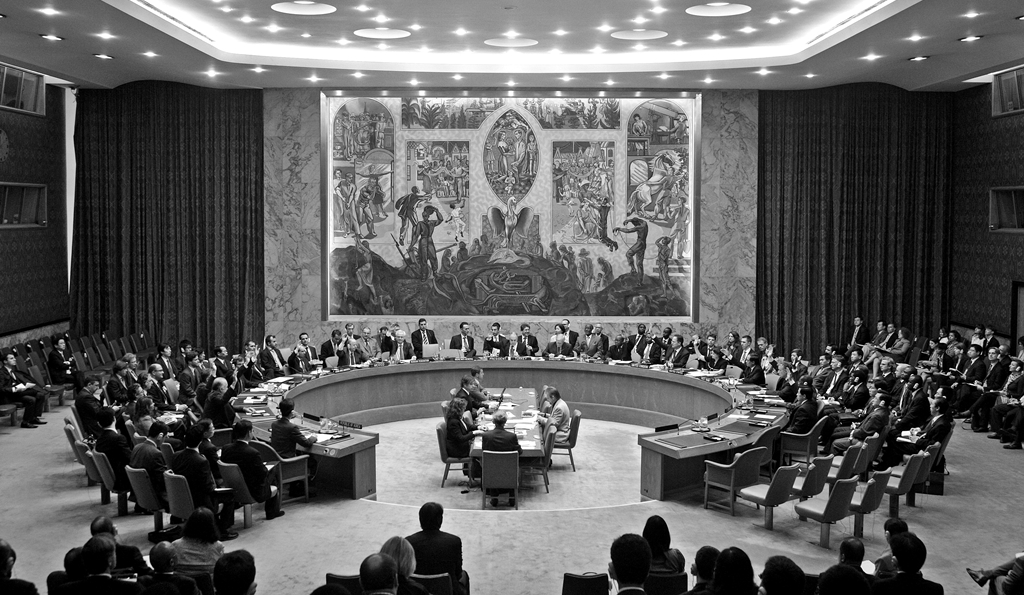 The relationship between the ICJ and the Security Council, and the separation of their powers, was considered by the court in 1992 in the Pan Am case. The court had to consider an application from Libya for the order of provisional measures to protect its rights, which, it alleged, were being infringed by the threat of economic sanctions by the United Kingdom and United States. The problem was that these sanctions had been authorized by the Security Council, which resulted in a potential conflict between the Chapter VII functions of the Security Council and the judicial function of the court. The court decided, by eleven votes to five, that it could not order the requested provisional measures because the rights claimed by Libya, even if legitimate under the Montreal Convention, could not be prima facie regarded as appropriate since the action was ordered by the Security Council. In accordance with Article 103 of the UN Charter, obligations under the Charter took precedence over other treaty obligations. Nevertheless, the court declared the application admissible in 1998. A decision on the merits has not been given since the parties (United Kingdom, United States, and Libya) settled the case out of court in 2003.

There was a marked reluctance on the part of a majority of the court to become involved in a dispute in such a way as to bring it potentially into conflict with the Council. The court stated in the Nicaragua case that there is no necessary inconsistency between action by the Security Council and adjudication by the ICJ. However, when there is room for conflict, the balance appears to be in favour of the Security Council.

Should either party fail “to perform the obligations incumbent upon it under a judgment rendered by the Court”, the Security Council may be called upon to “make recommendations or decide upon measures” if the Security Council deems such actions necessary. In practice, the court’s powers have been limited by the unwillingness of the losing party to abide by the court’s ruling and by the Security Council’s unwillingness to impose consequences. However, in theory, “so far as the parties to the case are concerned, a judgment of the Court is binding, final and without appeal”, and “by signing the Charter, a State Member of the United Nations undertakes to comply with any decision of the International Court of Justice in a case to which it is a party.”

For example, the United States had previously accepted the court’s compulsory jurisdiction upon its creation in 1946 but in 1984, after Nicaragua v. United States, withdrew its acceptance following the court’s judgment that called on the US to “cease and to refrain” from the “unlawful use of force” against the government of Nicaragua. The court ruled (with only the American judge dissenting) that the United States was “in breach of its obligation under the Treaty of Friendship with Nicaragua not to use force against Nicaragua” and ordered the United States to pay war reparations.