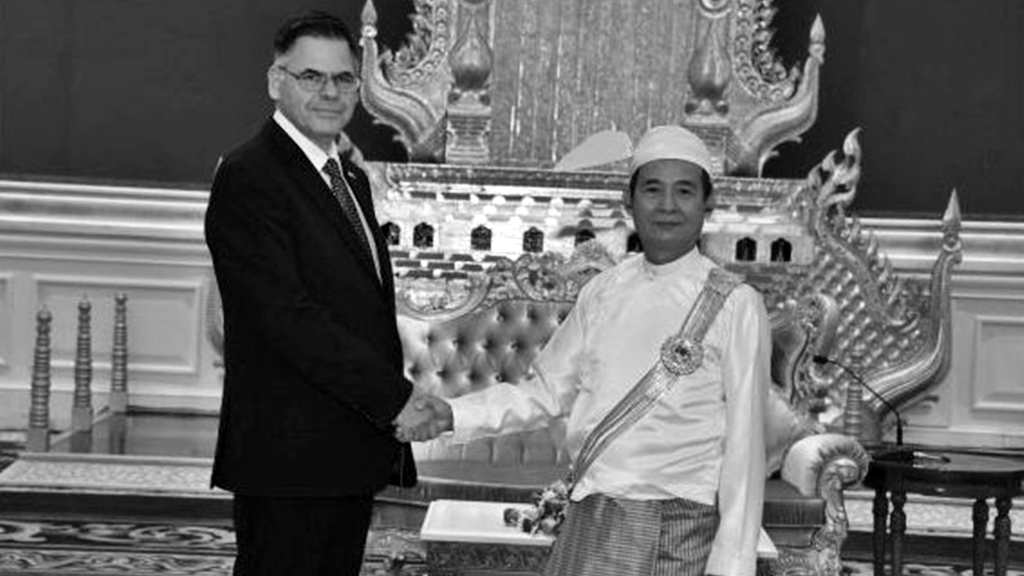 The Israeli ambassador was mistaken to have sent a “GOOD LUCK” message to Myanmar ahead of World Court hearings on accusations the state committed genocide against Rohingya Muslims, Israel’s foreign ministry said yesterday.

According to the Haaretz newspaper report, Mr. Ronen Gilor, Israel’s ambassador to Myanmar, had tweeted “Encouragement for a good verdict in one post, and in another tweet said: “State Counsellor going to respond for Myanmar in the ICJ! GOOD LUCK!

However, the foreign ministry stated that the ambassador’s tweet was a mistake and was immediately amended. Israel’s Haaretz newspaper also reported that the ambassador to Myanmar wished authorities good luck in tweets that have since been deleted ahead of the hearings next month at the International Court of Justice (ICJ) in The Hague.

In the recent UN General Assembly, the Third Committee approved the draft resolution on the human rights situation in Myanmar by a recorded vote of 140 in favour to 9 against (Belarus, Cambodia, China, Lao People’s Democratic Republic, Myanmar, Philippines, Russian Federation, Viet Nam, Zimbabwe), with 32 abstentions.

By its terms, the Assembly would express grave concern at continuing reports of serious human rights violations — as well as violations of international humanitarian law — in Myanmar, against Rohingya Muslims and other minorities, including those involving arbitrary arrests, deaths in detention, torture and other cruel, inhuman or degrading treatment or punishment. It would call upon Myanmar — in particular its security and armed forces — to immediately end all violence and ensure the protection of the human rights of all persons in Myanmar, including Rohingya Muslims and persons belonging to other minorities.

Moreover, many individuals and institutions from the Jewish community stand by the Rohingya in many cases such as Open Society, Holocaust Memorial Museum etc.

Hence, we assume the tweet of Israeli ambassador as a mistake and appreciate his timely amendment. We believe and hope that the government and peoples of Israel and Jewish community will stand by the Rohingyas in ICJ, ICC and Argentina cases as peoples of the world stood by you at the Nuremberg Trail.