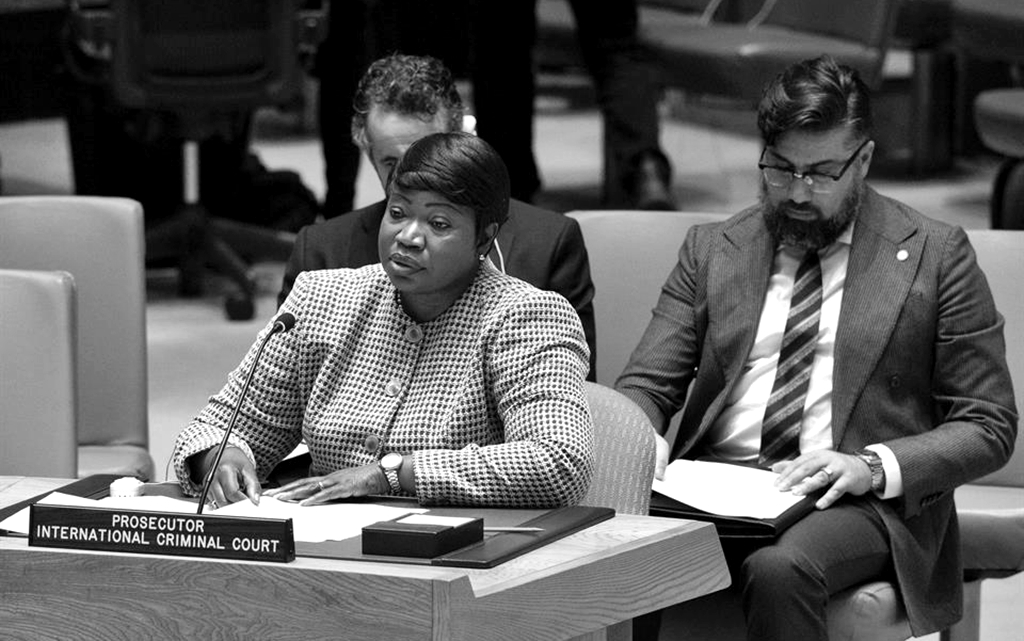 The International Criminal Court (ICC) has been applauded for its critical role in ending global impunity through its mandate to intervene when a state lacks the capacity, or is unwilling, to prosecute people accused of the gravest crimes of concern to the international community, such as genocide, war crimes and crimes against humanity.

The preamble of the ICC’s Rome Statute describes a correlation between the aims of justice and maintaining peace and security by stating that severe crimes must not go unpunished, as they “threaten the peace, security and well-being of the world”.

Further, it emphasises the need to put an end to impunity for the perpetrators of these crimes and thus to contribute to the prevention of these crimes. Moreover, article 53 of the Rome Statute allows for the prosecutor – empowered to prosecute crimes that would have taken place on the territory of a state party or allegedly committed by a national of a state party – to determine if an investigation should not be initiated when there is “no reasonable basis to proceed” or “an investigation would not serve the interest of justice”.

The Negotiated Relationship Agreement between the United Nations (UN) and the ICC recognises the ICC, in article 2(1), as “an independent permanent judicial institution which […] has international legal personality and such legal capacity as may be necessary for the exercise of its functions and the fulfillment of its purpose”. Further, article 2(2) stipulates that “[t]he UN and the ICC respect each other’s status and mandate”. The establishment of the ICC did not involve the UNSC but, ultimately, the 1998 Rome Conference set up guidelines for the UNSC’s engagement with the ICC. Further worth noting is that the UNSC and ICC act under different mandates. Article 24 of the UN Charter assigns the UNSC “primary responsibility for the maintenance of international peace and security” in conformity with the principles of justice and international law, and allows it to act on behalf of its members. The members must “agree and accept and carry out” any decision made by the UNSC under article 25 of the UN Charter. Consequently, the UNSC is responsible for finding peaceful means to settle disputes, if possible, defined in Chapter VI of the UN Charter, and for directing concerted actions to threats to peace under the same convention.

The ICC’s modus operandi has attracted much criticism, in particular from Africa, as the only two referrals ever to have been exercised by the United Nations Security Council (UNSC) have involved African parties. This raises certain issues. First, some members of the UNSC are not yet parties to the ICC’s statutory framework, the Rome Statute, yet are able to entrust the ICC by referring matters to this judicial body, which can arguably seem somewhat of a double standard. Second, the ICC is merely a jurisdictional mechanism and does not have the capacity to enforce its decision without full cooperation of its state parties. When state parties do not comply, the ICC must be able to rely on the UNSC to intervene with full support, which does not always occur.

Only two cases involving non-state parties have been referred to the ICC by the UNSC: the case of the Darfur situation in 2005, and Libya in 2011. In April 2004, in its first referral of the Darfur situation, the UNSC issued a presidential statement expressing concern over the humanitarian crisis. This was followed by several resolutions condemning the violence that had taken place, and declaring the situation in Sudan a threat to international peace and security by identifying that there was criminal responsibility for the violent acts.

The second UNSC referral, based on Resolution 1970, was Libya, based on the findings of the UN Human Rights Council. The findings described the Libyan security forces’ attacks on peaceful protests in Tripoli and Benghazi, with hundreds of casualties. In addition, other acts that the council condemned included extrajudicial killings, arbitrary arrests, and the detention and torture of peaceful protestors. In the referral, the UNSC decided promptly – by unanimous vote of all 15 members – to mandate the ICC to investigate Libya. The prosecutor decided on 3 March 2011 that there was a reasonable basis to initiate an investigation.

Gross human rights atrocities have occurred since the inception of the ICC, yet the UNSC has only used its referral authority in two cases. Darfur and Libya are not the only conflict situations outside the scope of the ICC’s jurisdiction, where gross abuses of international human rights law and violations of international humanitarian law calls for the UNSC to make referrals. An example that has received media attention due to human rights and humanitarian law violations – such as extrajudicial killings, rape and other forms of sexual violence – against people belonging to national or ethnic, religious and linguistic minorities, are persistently carried out in Burma.

The UNSC began to discuss the grave human rights violations in Burma four years prior to the Libyan referral, but due to not reaching a unanimous vote, none of the discussions concluded in a referral. The UNSC uses its referral authority in the Darfur region and Libya, but not in Burma.

The UNSC is, in its entirety, a political body. Thus, there is a strong likelihood that decisions to refer a situation to the ICC are influenced by its political nature. Moreover, three of its five permanent members are not parties to the Rome Statute, but the UNSC can still refer situations involving states that are not parties to the same Rome Statute. This can be perceived as damaging to the ICC’s credibility, integrity and perception of legitimacy that it so heavily relies on. Although the ICC is not a component of the UN system, the Rome Statute recognises certain prerogatives for the UNSC, such as being granted referral authority. Due to the structure and nature of the UNSC, there is a likelihood of the ICC being pressured to pursue certain investigations springing from a referral rather than others. In the same vein, the same type of pressure can arguably inflict the ICC, if the UNSC uses its support as a bargaining chip should the ICC refuse to take on its referrals. Therefore, it is vital that the UNSC respects the status and mandate of the ICC. The referral authority does provide the UNSC with a type of control that does not exist within domestic criminal justice systems, which raises great concern and highlights the importance of the UNSC to act fairly and impartially and eliminate any opportunities for bias when deciding on which cases to refer to the ICC. The ICC could be greatly compromised if referral decisions are made based on the benefit to UNSC permanent members’ political ties or their political interests.