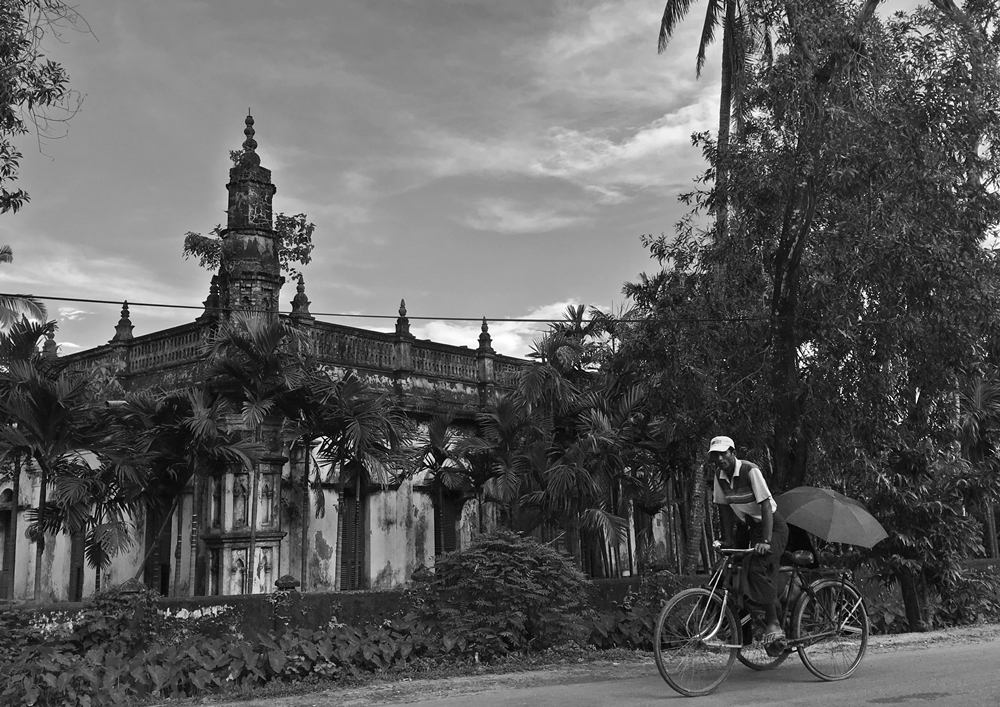 One of the prominent features of socio-cultural history of Arakan in the 17th century was the extensive Muslim influence on the Arakan society, which was not an outcome of some sudden occurrences. It was a result of an age-long intercourse between Arakan and Muslim countries that dated back to the period of Arab contacts with Arakan during the reign of Maha-Taing Tsandaya (788-810 AD).

Strong Muslim influence in the late 17th century Arakan has been remarked upon a host of writers: French physician François Bernier, who was in India during 1665-1667, mentions that ‘Although the king of Rakan be a Gentile, yet, there are many Mohamedan mixed with the people, who either chosen to retire among them or have been enslaved by the Portuguese in the expeditions to the neighboring coast.’ Another great European writer Nicolao Manucci, who was also in India during 1656-1712, in support him(Bernier) saying that Shuja found many dwellers in Arakan, Mughals and Phatans. Even San Shwe Bu, an Arakanese archaeologist and historian, agrees that ‘there were numerous Muhamadens settled in the country.’

Various historians and scholars have recorded that Islam began to spread from the eastern bank of Meghna to Arakan since eighth and ninth centuries, long before the establishment of a Muslim kingdom in the frontier region. Since then, the influence grew fast and was consolidated fully by the 17th century.

From the writings of Verthema, Caesar Frederick, Ralph Fitch and also Portuguese it appears that in the sea ports of Bengal coast there was important community of Muslim merchants and residents who were mostly Arabs. A fairly large numbers of Muslims had entered Chittagong and had gone to Arakan considerably before Chittagong came under the independent Sultanate of Bengal in 1338. The tempo of Muslims immigrations to Chittagong and Arakan increased after the Pathan occupations of Chittagong in the middle of 14th century.

The gradual Muslim infiltration into political and cultural life of Arakan became more forceful during the reign of King Min Saw Mwun (Sulaiman Shah) in 15th century. He was forced to take sanctuary with the king Ahmed Shah of Gaur and with the help of the Sultan of Gaur (Jalal-uddin Mohammed Shah) regained his throne. Once restored to his throne he and his successor also took Muslim names and issued coins and medallions bearing the Kaliima (the Islamic confession of Faith). According to MS Collis, ‘Arakan became a feudatory of Sultans of Bengal and oriented towards the Muslim State. Contact with a modern civilization resulted in a renaissance. Min Bin (Zabauk Shah) who ascended the throne in 1531 founded the Arakanese Empire. With him the graduated in their Muslim studies. Arakan had turned into a Sultanate, the court was shaped in Gaur and Delhi and its kings adopted the title of Padashaah. Let. Col. Ba Shin, the then Chairman of Historical Commission, stated that Arakan was virtually ruled by the Muslims from 1430 to 1531.

Besides Manucci and Bernier, Sebastian Manrique who was a Portuguese and a Roman Catholic priest of St. Augustine Order also referred to the great number of Muslim population in Arakan. Manrique visited Arakan twice, in 1629 and 1635. He attended the coronation ceremony of the Arakanese king. He spent six years in Chittagong and Arakan. In 1629, he says, he saw many Muslims on his way to and in the city Mrauk U. While discussing the coronation of the king, Manrique specially referred to the Muslim officers and soldiers in the service of the king. The king Thiri Thudamma postponed his coronation for twelve years because he was told by his wise men that he would die within a year of his coronation. When several year passed (Manrique says nine years), his nobles demand that the king should be coroneted. The king acceded to their demand, but before doing so, as Manrique says, the king consulted his preceptor who was a Muslim and who visited the holy cities of Makah and Medina twice. This preceptor of the king must have been Chief Minister and Manrique’s evidence shows that what a great influence was exercised by this Muslim officer over the Buddhist king of Arakan.

Manrique gives the description of the coronation ceremony of the Arakanese king held on 23 January 1635. He gives a description of the coronation procession and says that of the several contingent of army that took part in the coronation procession, one contingent wholly comprised of 600 Muslim soldiers was led by the Muslim officer called Lashker Wazir who rode on Iraqi horse. In the contingent, led by Arkanese commanders, also there were Muslim soldiers. The evidence of Manrique combined with the fact that there were several Muslim ministers in Arakan gives a good picture of the presence of the Muslim in Arakan in the 17th century.

The contemporary Bengali, which blossomed at Mrauk-U in 17th century by the Muslim poets of Arakan, gives reference to a number of Muslim nobles who occupied high post of ministers, chief ministers and war ministers in the Arakan in the 17th century. Asrof Khan was a Lashker Wazir (Defence Minister) of King Thiri Thudamma (1612-22). There was Lashker Wazir in the time of Nara Patigyi (1638-45), but among the Muslim officers, Magan Thakur earned great name. He was the Chief Minister of Thado Mintra (1645-52), the nephew and son-in-law of Nara Patigyi. Sanda Thudamma also had Muslim ministers named Sayyid Muhammed and Nabaraj Majlis. Besides the minister there were other major or minor officers also.

The Muslim influence made a deep mark on the society and administration of Arakan. Poet Alwal, in his Sikandernama, refers to the participation of Muslim nobility in the coronation ritual of Arakanese monarch. Majlis Nabaraj, a Prime Minister, officially conducted the investiture ceremony of King Sanda Thudamma (1652-1684).

Alwal first praises king and then says that Nabaraj Majlis was the Chief Minister among all the Muslims there living in the country of Roshang. When the king died and his prince (new King) came to occupy the throne, he was made to stand outside of the throne facing the east. Majlis then appeared before him wearing his official dress. Nabaraj Majlis then administered the oath as follows: ‘treat your subjects as your son; do not oppress the people; be just in religious and legal matters; do not allow the strong to oppress the weak; you should be kind, truthful and religious; behave well to the good people and destroy the wicked; always be generous and do not vacillate or restless; do not harm anybody for past fault;’ and he advised the king in many other matters. The king agreed to abide by his advice and follow his admonition. Then he saluted Nabaraj Majlis and then others of his family.

The king Sanda Thudamma ascended the throne in 1652, after the death of his father. As he was minor, his mother became regent and Magan Thakur held the reins of government on their behalf. Then Magan Thakur was not only the Prime Minister but also became the guardian of the dowager queen and the boy king. The king was coroneted at the age of 30 years about 18 years after his accession in1670. It means that Magan Thakur held the rein of government about 18 years.

Thus, in the later part of the 17th century the real administrates were these Muslim High officials. San Baw U, in his book ‘My Rambles: Among the ruins of the golden city of Mrauk u’, wrote that, ‘In those times not only the council of ministers in Arakan were so powerful and dominant but strong popular public opinion existed that guided the officers of the state and curbed the king’s power.’

The Indian historian Ramesh C. Majumdar speaks of a decisive role of the Muslims in the history of the kingdom of Arakan and Jamini M. Ghosh (writing in 1960) thinks that the use of Muslim names and the favours granted by the king to the Muslim poets testify to the ‘cultural affinity’ of the Arakanese and the Muslims. Suniti B. Qanungo, writes: ‘The Muslim subjugations of Arakan from time to time undoubtedly increased the Islamic influence in that country.

Throughout the history of Arakan, the Muslims remained predominant and played a distinctive role in all fields. But the general characteristics of civil society in Arakan today is of Buddhist being dominant, acquisitive and exploitative and the Muslims being deprived, exploited and devoid of any significant role in the power structure even in the local level. The Muslim continues to experience severe legal, economic and social discrimination. The historical right Muslim to live in Arakan is still put very much in question. The successive military regimes arbitrarily deny their citizenship status and right to self-identification on fictitious grounds that their ancestors allegedly did not reside in the country at the start of British colonial rule.