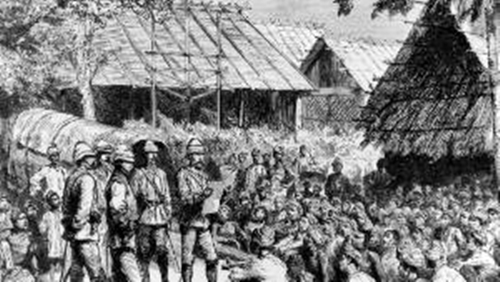 [Moshe Yegar, was a Second Secretary at the Embassy of Israel in Rangoon during early 1960s. During his stay in Burma he submitted a thesis on the subject “Muslims in Burma” for my M. A. degree to the Hebrew University, Jerusalem. His subject was to deal with the Muslim community in Burma from the eleventh century up until the year 1962 with a purpose of reconstructing the chronological history of the community and to follow the main trends that characterized that community. This article is part of his thesis.]

In 1600, the Mogul prince Shah Shuja fled to Arakan. This important event brought a new wave of Muslim immigrants to the kingdom and also caused political changes. The episode has been described by many historians. Its exact details are not known and the several versions differ. Not all historians mention their sources. As early as 1639, Shah Shuja’, the second son of the Mogul Emperor Shah Jahan, was designated deputy of the King of Bengal. In 1657 the Emperor fell gravely ill and it was rumored that he had died. The struggle for succession between the sons began immediately; Aurangzeb won, dethroned his father in 1658 and declared himself emperor. Shah Shuja continued his fight but was finally defeated in 1660. Since he did not succeed in establishing his rule in Bengal, he fled, together with his family and bodyguard (the number of his followers varies in each version), from Dacca to Chittagong. Sandathudama, King of Arakan (1652-1687), granted him permission to continue to Mrohaung on condition that his followers surrender their weapons. He appeared there on August 26, 1660, was welcomed by the king and given a dwelling near the town.

There are two sources of the period describing the events in Arakan that followed. One is the French physicist Bernier who was in India during 1658-1667 and wrote about the Shah Shujac episode from hearsay. He himself mentions that he heard various versions and does not know which is the true one? According to Bernier, Shah Shuja’ asked for temporary asylum in Arakan and a passage to Moka, when the favourable season arrived; it being his wish to proceed thence to Meca, and afterward take up his residence in Turkey or Persia. The [Arakanese] King’s answer was in the affirmative, and expressed in the kindest terms … Month after month passed; the favourable season arrived, but no mention was made of [the promised] vessels to convey them to Moka~ although Sultan Sujah required them on other terms than the payment of the hire; for he yet wanted not roupies of gold and silver, or gems. He had indeed too great a plenty of them: his great wealth being probably the cause of, or at least very much contributing to, his ruin … the King turned a deaf ear to his entreaties … and made a formal demand of one of his daughters in marriage. Sultan Sujah refusal to accede to this request exasperated him to such a degree that the Prince’s situation became quite desperate. What then ought he to do? To remain inactive was only quietly to await destruction. The season for departure was passing away; it was therefore necessary to come to a decision of some kind … there are many Mahometans mixed with the people [of Arakan] … Sultan Sujah secretly gained over these Mahometans, whom he joined with two or three hundred of his own people, the remnant of those who followed him from Bengal and with this force resolved to surprise the house of the King, put his family to the sword, and make himself sovereign of the country. This bold attempt… had… a certain feasibility to it, as I was informed by several Mahometans, Portuguese, and Hollanders, who were then on the spot. But the day before the blow was to be struck, a discovery was made of the design … The Prince endeavoured to escape into Pegu … He was pursued and overtaken, within twenty-four hours after his flight: he defended himself … but at length, overpowered by the increasing host of his assailants, he was compelled to give up the unequal combat … No much particulars, on which much dependence may be placed, are known of Sultan Sujah … I have heard three or four totally different accounts of the fate of the Prince… But whatever doubts may be entertained of the fate of Sultan Sujah, there are none as to the catastrophe which befell his family. When brought back, men, women, and children were all thrown into prison, and treated with the utmost harshness.

Sometime after, however, they were set at liberty, and used more kindly: the King then married the eldest Princess … While these events were happening; some servants of Sultan Banque joined the Mahometans, of whom I have spoken, in a plot similar to the last. The indiscreet zeal of one of the conspirators … led to the discovery of the design on the day on which it was to be executed. In regard to this affair, too, I have heard a thousand different tales; and the only fact I can relate with confidence is, that the King felt so exasperated against the family of Sujah as to give orders for its total extermination. Even the Princess whom he had himself espoused, and who, it is said, was advanced in pregnancy, was sacrificed according to his brutal mandate. Sultan Banque and his brothers were decapitated with gruesome-looking axes, quite blunt, and the female members of this ill-fated family were closely confined in their apartment, and left to die of hunger.

The second source of the period is the archives (Daghregister) of the Dutch East India Company in Batavia. The Company’s representative and director of the Dutch trading post, who was in Mrohaung at the time, reported the events to Batavia. He too was not an eye-witness but wrote according to rumors heard in the city. He describes the warm welcome given to Shah Shuja (by the Arakan king and his promise to supply the refugees with ships to take them to Mecca. Eight months passed and the promise had not been kept.

According to the Dutch representative the reason for this was that “King Sanda Thudama asked Shah Shuja for a daughter in marriage … Shah Shuja proudly refused to submit to what he regarded as a grave dishonour, and as a result friendly relations ceased between him and the King”. This incident was preceded by an event not mentioned in any source other than the Daghregister. The report tells of an additional group of Muslims who came to Arakan to join Shah Shuja’. The ensuing clash between them and some Arakanese ended with the execution of the Muslim group. “And he was only dissuaded by his mother and some of the grandees from visiting Shah Shuja with the same treatment”. In his letter the Dutch East India Company representative states that Shah Shuja‘’s followers were murdered on February 7, 1661, because the prince “intended to escape from the King’s palace and conquer the kingdom of Arakan for himself”. During these events all foreigners and all Muslim trading vessels were sent away from India so that they would not know what was happening. The Dutchman also gives two versions of Shah Shuja‘’s death: One, that he was killed during the first battle; the second, that he escaped, was later captured and stoned to death by his pursuers. The Daghregister of 1664 reports that, following upon the second plot of Shah Shuja‘’s sons in 1663, two years after the first plot, “the sons of Shah Shuja and everyone found wearing a beard in the Moorish fashion had been beheaded”. On the other hand an Arakanese source of that period tells that Shah Shua* was only too happy to give his daughter to the king of Arakan in gratitude for the asylum granted; however when he saw that he had lost the Mogul throne, he decided to conquer Arakan and make himself king with the help of his own soldiers, the Muslim soldiers in the king’s army and the local Muslim population. The plot was uncovered; he fled to the hills, was captured and executed. The historian Sir Arthur p. Phayre thinks that the Arakanese Chronicles conceal their king’s ugly behaviour, and emphasize the prince’s abortive experiment to capture the palace by neglecting to mention the preceding provocation of not providing the promised ships, the king’s request to have one of Shah Shuja’s daughter’s in marriage and his wish to molest the prince’s riches. Phayre quotes no source for this opinion, which is apparently only his personal point of view, but a decidedly acceptable one.

Those of Shah Shuja’ร soldiers who escaped the massacre were later admitted into the king’s bodyguard as a special archers unit called Kamans or Kamanci (from the Persian: bow, kaman; bowman, kamanchi). Immediately after Shah Shuja* came to Arakan, Aurangzeb demanded of the Arakan king that he deliver the fleeing prince and his family into his hands. Aurangzeb had been quite prepared himself to murder his own brother, but became angry when the Arakan king dared to harm a member of the royal Mogul family. He decided to use this as an excuse to put an end to the Portuguese-Arakanese pirate raids on the East Bengal coast. In 1665 to 1666 a large Mogul force attacked the Portuguese and Arakanese, demolished their settlements in Sandwip, and destroyed their navies and conquered Chittagong and Ramu. During their retreat to Mrohaung, Arakanese army units were also attacked by the local Muslim population, descendants of the Muslim slaves who had been settled on the land.

This defeat spelled the end of the power of the kingdom of Arakan. The death of Sandathudama in 1684 marked the beginning of a period of anarchy and riots in the kingdom during which the Muslim Kaman units played a decisive role as makers and displacers of kings. These units were being continually re-enforced by fresh Afghan mercenaries from North India. From 1666 until 1710 the political rule of Arakan was completely in their hands. Ten kings were crowned and dethroned – and usually murdered – by them during that period. In 1710 King Sandawizaya (1710-1731) succeeded in gaining the upper hand over them, and most of the Kamans were exiled to Ramree. Their descendants live in Ramree and in a few villages near Akyab and still bear the same name to this very day. Their language is Arakanese and their customs are similar to Arakan customs in everything except religion-Islam. The census of 1931 registered a total of 2686 Kamans.

In 1785 the Burmese conquered Arakan and annexed it to Burma. There was also a Muslim unit, “Myedu”, in the Burmese standing army posted to Sandoway. Their descendants, few in number, live there still, and cannot be distinguished from their Burmese and Arakanese neighbours, but by their religion and religious habits4. All these events in Arakan caused certain population movements eastward. Among these there were also Muslims who came to serve the Burmese Ava Kings.