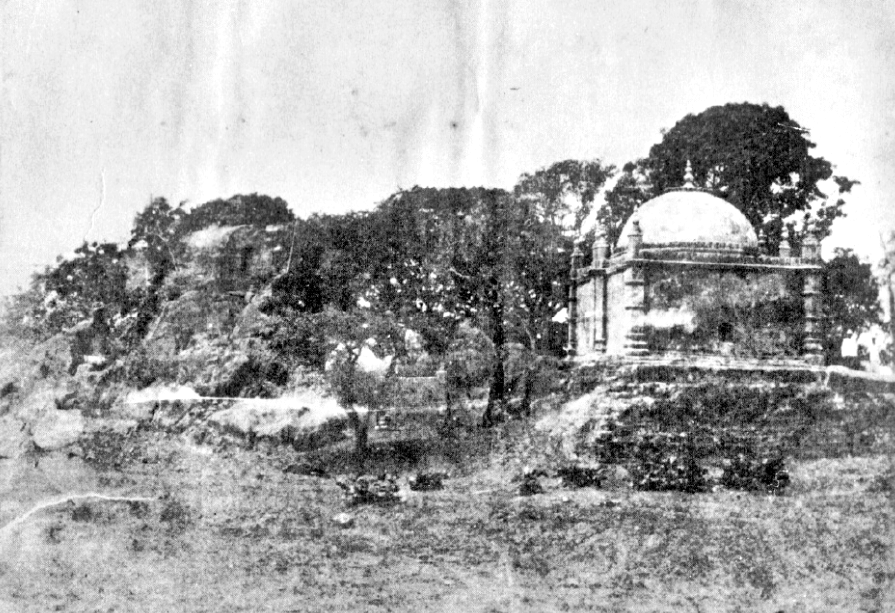 Dr. Emil Forchhammer was German-born Swiss Professor of Pali at Rangoon College. He was the first Europeans who became involved in research of Old Burma. He was Superintendent of Archaeological Survey, which was newly founded in 1881. His premature death in 1890 meant a great loss to Burma. His reports on the archaeological remains of Arakan and Burma are Government publications; and his studies of Buddhist law are now extremely rare books, and the stores of knowledge they contain are not easily available.

Dr. Forchammer works on Arakan was originally published in 1891, a year after Forchhammer died. In this book he wrote the following early history of Arakan.

The earliest dawn of the history of Arakan reveals the base of the hills, which divide the lower course of the Kaladan and Lemro rivers, inhabited by sojourners from India governed by chiefs who claim relationship with the rulers of Kapilavastu. Their subjects are divided into the four castes of the older Hindu communities; the kings and priests study the three Vedas ; the rivers, hills, and cities bear names of Aryan origin ; and the titles assumed by the king and queen regnant suggest connection with the Solar and Lunar dynasties of India.

The Lemro River was then called Anjanadi, from its crooked course. Marayu, the first of Arakanese kings, founded the city of Dhanyavati on the banks of the Sirimanadi (now the Thare creek). The Kaladan meandered past the S’ailagiri (now Kyauktaw) under the appellation Gacchabhanadi and joined the sea (samudra) below Urasa, the present Urittaung. The Malla-pabbata, Gandhagiri, and Jara-pabbata separated the Kaladan from the Mallayunadi (Mayu river), and to the west rose the Kasina-pabbata. Later on, but still before our era, four towns (chaturgama) were founded where the Launggyet creek joins the Lemro; the modem villager Nankya, Barin, Bato, and Letma indicate the sites of the ” four cities;” and the Anjanadi changed its name to Lemro (Leyomyit), or the ” four-city river.” Vai^sali (Vesali) is said to have first been founded by King Vasudeva. The ruins of this town can still be traced 20 miles north of Mrohaung, 2 miles east of the village of Paragyi. Both Dhanyavati and Vesali were repeatedly destroyed by neighbouring mountain tribes, but again rebuilt by the Aryan settlers.

With Candrasuriya or Mahacandrasuriya appear the dim outlines of the history cf Arakan. This monarch erected a new city and palace on the site of Old Dhanyavati; to this ruler historical annals and traditions unanimously ascribe the foundation of the original Mahamuni shrine intended to receive the brazen image of Gotama. The records of Farther India make Candrasuriya a contemporary of Mahamuni, the great sage. Buddhism, as it now prevails in Burma, is decidedly an offshoot of the Southern Buddhist School. In the 11th and 12th centuries the priests of Pagan united their church with the mother-church of Ceylon. In the 10th century Buddhism, established in Burma by Sona and Uttara, who were sent by Asoka, must have become nearly extinct. Manuha, King of the Talings, was brought captive to Pagan by Anawratha (10th centurv’) ; he was, however, allowed to build a residence for himself, and in this palace nearly all Is Indian art, and Trimurt’i’ -reigned supreme, as is evident from the stone sculptures still preserved in the edifice (see Report on Pagan). , The religious zeal of Anawratha and Narapati jayasura again secured supremacy to Buddhism. But there are old Buddhist traditions among the Talings and Arakanese, traditions which could not have originated with the Southern Buddhist school, but are the remnants of the old Northern Buddhism, which reached Arakan from the Ganges when India was mainly Buddhistic; they form a substratum cropping up here and there apparently without any connection; its centre is the Mahamuni pagoda, the most important remains ‘of ancient Buddhism in Burma, antedating in this province both Brahmanism and the Buddhism of the Southern school.

His work was reprint in 1970s in the digitized version. Regarding this, Bob Hudson of University of Sydney, Asian Studies Program Department, rightly remarked in 2007 is that, “This material was originally published in 1891, a year after Forchhammer died, according to a reference to it in Harvey’s 1926 “History of Burma”. A new impression was made in the 1970s by the Burmese Education Ministry: the minister at that time was Arakanese, (may be U San Tha Aung the then Director General of Higher Education) and passionate about the history of his native province. The original plates and artwork were presumably lost by this time. A somewhat damaged copy of the 1891 book has been used to make a new set of offset plates. If the original had a title page, it had either disappeared from the original copy or was deliberately excluded from the reprint. The book was renamed “Report on the Antiquities of Arakan” and the year was put as 1892 on a typewritten slip of paper bound into the sub-title page. The publisher of the reprint is sometimes cited as “Archaeology Department, Burma”, although as the department was established in 1902, it could not have been the publisher of the 1891 version. The reprint was bound in soft blue paper. “

“Some photographs are missing from the reprint. It is possible that they originally appeared as individual photos stuck on the plates, perhaps in an attempt to provide high quality illustrations for a book with a limited print run. For example, Plate IV No 7 is missing, and the blank space is marked with a small pencilled cross, perhaps by the owner of the book that was used for the reprint. Two complete pages of plates, XII and XIII, pictures from the Shittaung pagoda, are also missing. Original copies of the book may still have these plates, and all the illustrations. On the first page of the text in the 1970s edition are two marks in ink, circling an incorrect 20 miles as the distance from Vesali to Mrohaung, and an incorrect 10th century as the date for King Anawratha. These were presumably also made by the owner of the book that was used for the reprinting. This circling of the 20 on page 1 is instantly diagnostic of the reprint. In the original book, the numbering on Plates I to VIII starts from No 1 on each plate. From Plate X, No 1, picture numbers then continue in sequence. Pencilled changes to the numbering by the owner of the copy version have been reproduced in the reprint, but they do not match the references in the text, and are best ignored.”

“I am still trying to get hold of an original copy of the book to compare it with the reprint. There are versions (seen on World Cat) at SOAS, Indiana University, National Art Library (V&A) London, Newberry Library Chicago and Northern Illinois University, but their online catalogues all use the 1970s title, and mention the paper insert. The Archaeology Dept library in Rangoon also holds a 1970s copy. The 1891 (?92) original might be hardbound, perhaps with a tissue overlay to protect the plates. In 1926, Harvey referred to copies of the book at the Bodelian (it’s not in their online catalogue), the British Museum (their copy was transferred to the British Library, which will not give it out on international loan) and the India Office and Oxford India Institute Libraries. The SOAS journal has a reference to Forchhammer, Emil. 1892. Papers on Subjects Relating to the Archaeology of Burma: A Report on the History of Arakan. Rangoon: Government Press. A collection called Papers on Subjects relating to the Archaeology of Burma dated 1891 or 92 is in the Yale, Cambridge and Leiden libraries. The Leiden catalogue mentions that this contains “Notes on early history and geography of British Burma” (1891), but does not specify Arakan. The “Notes” title also appears with Forchhammer’s separate works on the Shwedagon and Suvannaphumi.”