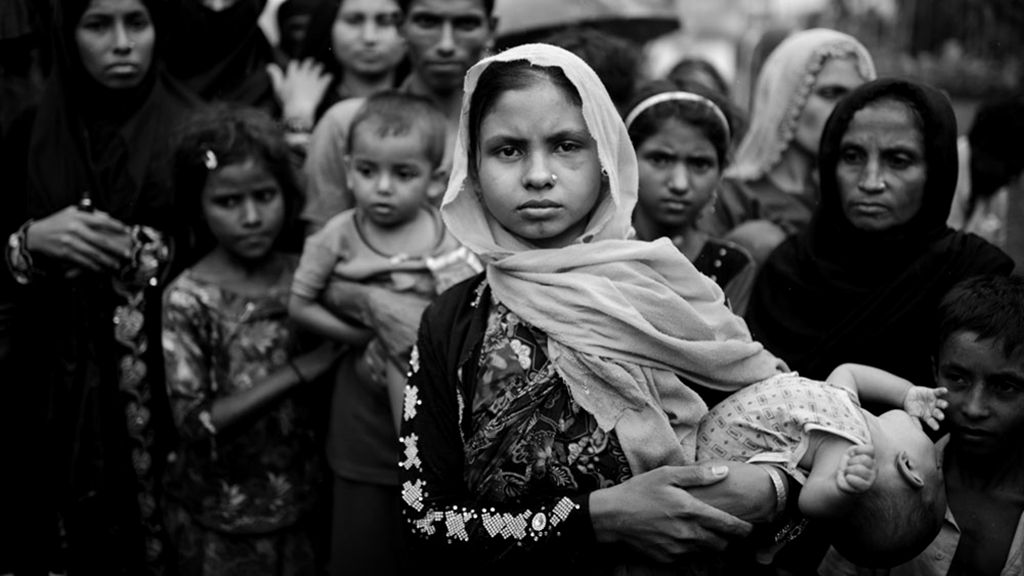 One of the core demands of the Rohingya refugees in Bangladesh is that, they will return only if international protection is in place. In the recent statement of the ministry of foreign affairs of Bangladesh also mentioned that, Bangladesh is seriously consider engaging the international community for creating an environment conducive to their return as well as for monitoring the repatriation and reintegration process.

According to the UN Independent International Fact-Finding Mission on Myanmar, the brutal tactic of military of Myanmar was so severe in Rakhine State, during the “clearance operations” of 2017, that it was a factor indicating the Myanmar military’s genocidal intent to destroy the Rohingya population.

The Mission made its conclusions in a new report, released on Aug 22 in New York, that soldiers routinely and systematically employed rape, gang rape and other violent and forced sexual acts against women, girls, boys, men and transgender people in blatant violation of international human rights law.

“Extreme physical violence, the openness in which it is conducted … reflects a widespread culture of tolerance towards humiliation and the deliberate infliction of severe physical and mental pain or suffering on civilians,” the report said.

Myanmar’s military, known as the Tatmadaw, demonstrated its genocidal intent against the Rohingya population “through the widespread and systematic killing of women and girls, the systematic selection of women and girls of reproductive ages for rape, attacks on pregnant women and on babies, the mutilation and other injuries to their reproductive organs, the physical branding of their bodies by bite marks on their cheeks, neck, breast and thigh, and so severely injuring victims that they may be unable to have sexual intercourse with their husbands or to conceive and leaving them concerned that they would no longer be able to have children,” the report said.

The majority of assaults reported were directed at women and girls who were beaten, burned with cigarettes, slashed with knives, raped and held as sexual slaves on military bases. The report also documents cases of rape, forced nudity and the sexual torture of men and boys.

Many of these acts amount to crimes under international law, including war crimes, crimes against humanity and acts of genocide. Yet, the Myanmar Government has failed to cease, prevent and take action against sexual and gender-based violence in the country, or hold those responsible to account.

With hundreds of thousands of Rohingya refugees still trapped in Bangladesh, too fearful to return home, the report should serve as an important reminder of the need for accountability of perpetrators and justice for victims. It makes a call to action to the Government of Myanmar, the Security Council and the international community to make accountability for these grave crimes an urgent priority.

Despite the government’s withholding of justice, the international community has failed to take necessary action to protect Muslim victims. Though, the United Nations has acknowledged the role of Burmese authorities in “widespread” and “systematic” attacks against Muslims that “may constitute crimes against humanity.”

These violations perpetrated primarily by state actors on a widespread and systematic basis, rise to the level of crimes against humanity, ethnic cleansing and war crimes – three of the four crimes states committed themselves to protect populations from in endorsing the responsibility to protect (R2P) at the 2005 World Summit.

Why the Responsibility to Protect, R2P?

The political uprisings in Libya and the Libyan government’s brutal repression are reminders that the world is far from achieving “freedom from fear”, one of the grounding purposes for the establishment of the United Nations in 1945. Often in the twentieth century, crimes against humanity provoked condemnation. The world has said “never again” many times. In reality, however, “again and again” would be a more accurate description. As each subsequent slaughter has occurred, in places like Rwanda and the Balkans, little has been done to prevent or avert mass atrocities.

The R2P norm grew out of events in the 1990s, such as the Rwandan genocide and the atrocities in the former Yugoslavia. In both of these cases, the international community did not effectively prevent or respond to the gross human rights violations perpetrated against populations within the two sovereign states. These unfortunate events made it apparent that state sovereignty alone should not prevent the international community from responding to humanitarian crises. The norm focuses on the “victims’ point of view and interests, rather than questionable [state-centered] motivations.”

In 2000, and in his capacity as UN Secretary-General, Annan wrote the report “We the Peoples” on the role of the United Nations in the 21st Century, and in this report he posed the following question: “if humanitarian intervention is, indeed, an unacceptable assault on sovereignty, how should we respond to a Rwanda, to a Srebrenica – to gross and systematic violations of human rights that offend every precept of our common humanity?”

What is the Responsibility to Protect, R2P?

In 2005, governments around the world unanimously agreed to the principle of the Responsibility to Protect (R2P), which holds that all states have a responsibility to protect their populations from genocide and mass atrocities, that the international community should assist them to fulfill this duty, and that the international community should take timely and decisive measures to protect populations from such crimes when their host state fails to do so. R2P is committed to peaceful interventions including assistance, peaceful persuasion, and financial sanctions. The nature of collective action must exhaust the possibilities of “appropriate diplomatic, humanitarian, and other peaceful means” before ‘forceful means’ can be considered.

First, all states have the “responsibility to protect their own citizens from genocide, ethnic cleansing, war crimes and crimes against humanity.”

Second, the international community must help states with this responsibility, including capacity building and assistance.

Third, the international community has the obligation to pursue peaceful means, such as diplomatic and humanitarian channels, to protect people from genocide, ethnic cleansing, and mass atrocities.

Fourth, the UN Security Council will implement its powers under Chapter VII of the UN Charter should all peaceful means fail to protect the afflicted population from the mass atrocities.

The responsibility to protect implies a duty to react to situations in which there is compelling need for human protection. If preventive measures fail to resolve or contain such a situation, and when the state in question is unable or unwilling to step in, then intervention by other states may be required. Coercive measures then may include political, economic, or judicial steps. In extreme cases — but only extreme cases — they may also include military action. To justify military intervention, six principles have to be satisfied: the “just cause” threshold, four precautionary principles, and the requirement of “right authority.”

(1) The Just Cause Threshold
Military intervention for human protection purposes is an exceptional and extraordinary measure. To be warranted, there must be serious and irreparable harm occurring to human beings, or imminently likely to occur, of the following kind:
A. large scale loss of life, actual or apprehended, with genocidal intent or not, which is the product either of deliberate state action, or state neglect or inability to act, or a failed state situation; or
B. large scale ‘ethnic cleansing’, actual or apprehended, whether carried out by killing, forced expulsion, acts of terror or rape.

(2) The Precautionary Principles
A. Right intention: The primary purpose of the intervention, whatever other motives intervening states may have, must be to halt or avert human suffering. Right intention is better assured with multilateral operations, clearly supported by regional opinion and the victims concerned.
B. Last resort: Military intervention can only be justified when every non-military option for the prevention or peaceful resolution of the crisis has been explored, with reasonable grounds for believing lesser measures would not have succeeded.
C. Proportional means: The scale, duration and intensity of the planned military intervention should be the minimum necessary to secure the defined human protection objective.
D. Reasonable prospects: There must be a reasonable chance of success in halting or averting the suffering which has justified the intervention, with the consequences of action not likely to be worse than the consequences of inaction.

(3) Right Authority
A. There is no better or more appropriate body than the United Nations Security Council to authorize military intervention for human protection purposes. The task is not to find alternatives to the Security Council as a source of authority, but to make the Security Council work better than it has.
B. Security Council authorization should in all cases be sought prior to any military intervention action being carried out. Those calling for an intervention should formally request such authorization, or have the Council raise the matter on its own initiative, or have the Secretary-General raise it under Article 99 of the UN Charter.
C. The Security Council should deal promptly with any request for authority to intervene where there are allegations of large scale loss of human life or ethnic cleansing. It should in this context seek adequate verification of facts or conditions on the ground that might support a military intervention.
D. The Permanent Five members of the Security Council should agree not to apply their veto power, in matters where their vital state interests are not involved, to obstruct the passage of resolutions authorizing military intervention for human protection purposes for which there is otherwise majority support.
E. If the Security Council rejects a proposal or fails to deal with it in a reasonable time, alternative options are:
• consideration of the matter by the General Assembly in Emergency Special Session under the “Uniting for Peace” procedure; and
• Action within area of jurisdiction by regional or sub-regional organizations under Chapter VIII of the Charter, subject to their seeking subsequent authorization from the Security Council.
F. The Security Council should take into account in all its deliberations that, if it fails to discharge its responsibility to protect in conscience-shocking situations crying out for action, concerned states may not rule out other means to meet the gravity and urgency of that situation – and that the stature and credibility of the United Nations may suffer thereby.