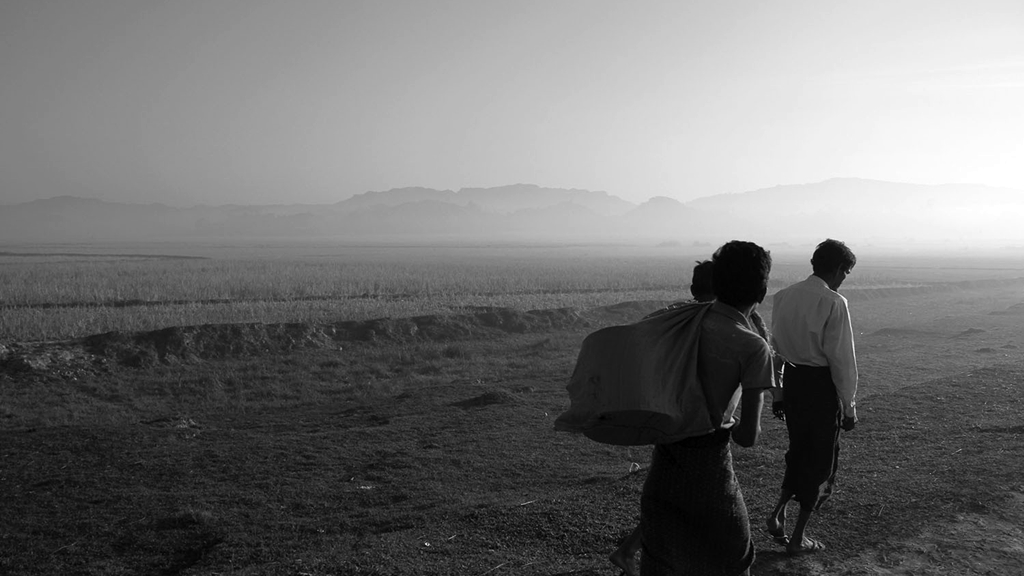 Many political leaders of Rakhines claim that, Arakan is the ‘historic land of Rakhine Buddhists’. Denying the existence of Rohingya, they state that Arakan belongs to them alone and the Rohingyas have nothing to do with it and have no right to use the word ‘Arakan” and even ‘Rohingya”. This chauvinistic claim of ‘exclusive ownership’ of Arakan by the Rakhine is the root cause of the problem in Arakan causing constant communal violence and tension between the two major communities.

Even in 2012 the ANP, the then Rakhine National Development Party (RNDP), citing Adof Hitler, has said that crimes against humanity, even the Holocaust, are justified “in defense of national sovereignty” and “survival of a race.” “We will go down in history as cowards if we pass on these (Rohingya) issues to the next generation without getting it over and done it.”

It is not possible to scribe to Rakhines an “historic right”, the right of first occupier. The Arakanese chronicles recorded a line of kings reaching back to year 2666 BC. More certain is the Kingdom of Dannya Waddy (Dhannovati), which flourished at the beginning of Christian era. Many modern scholars including U Aung Tha Oo and U San Tha Aung believes that the Rakhines were Ayans who came from the west.
Brahmanical and Buddhist culture together an influx of Aryans speakers arrived in this area, in the early century Christian era, wrote E.H Johnston basing on Sanskrit Inscriptions of Arakan. So, the people in the kingdom of Dannya Waddy were not Aryans stocks. They might have been Proto-Australoid people like that of Bengal or Negrito group of Neolitihic descendants. The pre-Aryan peoples are the real Adivasis (aboriginal) of this area. They were not only the first occupants of the land and had been there for thousand years until the Aryans and other peoples came.

The earliest name of Arakan was ‘Kala Mukha’ (Land of the) Black Faces writes Noel Francis Singer in his book ‘Vaishali and the Indianization of Arakan’. It was inhabited by these dark brown-colored Indians who had much in common with the people (today’s Bangladeshis, or more particularly Chittagonians) living on the north-western side of the Naaf River, along the adjoining coastal areas of the Bay of Bengal. The resemblance was not limited to physical features like skin color, shape of head and nose alone, but also in shared culture and beliefs.

It had been a Hindu land since time immemorial. As evidenced by numerous archeological finds, it is obvious that the Hindu colonists, fueled by their need for trade and commerce, gold and silver, first colonized the region in the early 1st century CE. By the 3rd century, the coastal regions of Kala Mukha had been settled, with the colonists dominating and coexisting warily with the aboriginal tribes. The Lords of the Solar and Lunar dynasties from far off Bharatavarsha had indeed arrived. In the major habitation sites, Sanskrit was the written language for the ruling classes, and religious beliefs were those current at the time on the subcontinent.

Dr. Emil Forchhammer, a Swiss Professor of Pali at Rangoon College, and Superintendent of the newly founded Archaeological Survey [1881] described this fertile region that, “The earliest dawn of the history of Arakan reveals the base of the hills, which divide the lower course of the Kaladan and Lemro rivers, inhabited by sojourners from India, governed by chiefs who claim relationship with the rulers of Kapilavastu. Their subjects are divided into the four castes of the older Hindu communities; the kings and priests study the three Vedas; the rivers, hills, and cities bear names of Aryan origin; and the titles assumed by the king and queen regent suggest connection with the Solar and Lunar dynasties of India.”

Dr Johnston, an epigraphist of Balliol College, Oxford, who translated the Sanskrit inscription (circa 729) of Ananda Chandra felt that the region had come under the control of the descendants of the [Licchavi] ruling family from Vaishali, Bihar, when they fled from the ascendancy of the Imperial Guptas (circa 300-467). According to him, as the time scale corresponds with the second surge of Hindu migration into Southeast Asia, and the creation of the new Vaishali, when the Licchavi, under Dven Chandra (circa 370-425) established a Chandra vamsa (Lunar dynasty); previously the Licchavi claimed to be of the Surya vamsa (Solar dynasty).

Arab traders were close contact with the people as early as 788AD and that they introduced the religious of Islam there in as early as that time. Many these Arabs settled in Arakan. In the 8th century some Buddhists from Magadha in north and northeastern India escaped persecution of Hindu revivalism and took shelter in Chittagong and Arakan region.

History does not help us in forming an idea of Burmese infiltration into Arakan before 11th century. Hall and others described the Araknese (Rakhines) of today as “basically Burmese with an unmistakable Indian admixture …It is only about the 11th century that we can speak of a people of Indo-Mongoloid stock, from an ethnic group in the intermixture of tribes of various ethnic origins, such as, Australoid, Mongoloid and other elements now known as Arakanese Buddhist.

Wilhelm Klein, in his book ‘Burma the Golden’ wrote that, ‘all sudden, Arakan changed. The invading tribes made the country face east, away from India. As Burma began to flex its muscles, the profound changes born at Pagan started to transform Arakan… over the centuries the physiognomy of the Arakanese people changed. The racial admixture of Indo-European with only recently arrived Central Asians became predominantly Mongoloid, an ethnic mixture which still characterizes today’s Arakanese.’

Historically they called Magh. According to Phayer, the name Magh originated from the ruling race of Magadha. As to Prof. San Tha Aung, ‘the derivation would probably be Maghodhi- Magai- Mog or Magh’. However, they prefer to identify themselves as Rakhine.

Rohingyas are descended from local indigenous tribes who lived in Arakan since the dawn of history. They are thus not descended from the Arabs, Moors, Persian, Pathans, and Moguls alone. The Arabs arrived in Arakan in the late 7th century AD, settled there and intermingled, intermixed and intermarried with the local people and converted a number of local populations including local Buddhists. The appearance of the Arab in Arakan in the 7th century was for more of a cultural phenomenon than ethnic one. The Persians, Truks, Pathens and other Muslim migrant who came into Arakan in the course of time were also merged with the local populace. These various migrations and local converts led to form one common racial and linguistics classification as “Rohingya”; a term derived from Rohang, the ancient name of Arakan.

Dr. Michael W. Charney, School of Oriental and African Studies (SOAS), University of London, writes, “The earliest recorded use of an ethnonym immediately recognizable as Rohingya is an observation by Francis Buchanan in 1799. As he explains, a dialect that was derived from Hindi …is that spoken by the Mohammedans, who have long been settled in Arakan, and who call themselves Roainga, or native of Arakan.”

With the passage of time, there come to exist two distinct and compact communities of Rohingya and Rakhine in Arakan out of those heterogeneous races and tribes and are thus equally entitled to similar historic rights. Both are indigenous people characterized by objective criteria, such as historical continuity, and subjective factors including self-identification which need to define an indigenous people and to have the right of self-determination. It means that, if Rakhines have historic rights in Arakan the Rohingyas have also the same right in Arakan. If the Rakhines freely determine their political status and freely pursue their economic, social, and cultural development, the Rohingyas have also the same rights to charter their destiny by their free will, by virtue of their rights to self-determination.

Hence, Arakan, a land with a population of diverse ethnic, linguistic, cultural and religious identities, doesn’t belong to exclusively any particular ethnic group or race. It’s belonging to inclusively all the peoples of Arakan who are historically living there. It does belong to not only the Rakhine Buddhists and Rohingya Muslims but also to the Chin, Kamans, Thet, Dinnet, Mramagyi, Mro and Khami.